One of the many new features coming in iOS 8 that Apple did not directly address during its Worldwide Developers Conference is "Flyover city tours". The feature is not currently available by default to those running iOS 8 betas, but developer Pierre Blazquez has discovered how to unlock Flyover city tours and partnered with Mac4Ever [Google Translate] to publish a video showing the feature in action for Paris.

At the moment, only the cities of Rome, Stockholm, Barcelona, ​​New York, Paris, Glasgow, Cape Town, Perth, Bordeaux and the San Francisco Bay are available. One imagines that the visit was carefully prepared manually, and the list is therefore extend gradually over time.

Apple's Maps app received significant criticism following the shift from a Google-powered app to an in-house version for iOS 6. But over the past two years Apple has continued to improve existing features and build out new ones to better compete with Google Maps. The Flyover feature showing 3D perspectives of buildings and physical features has been a particular emphasis for Apple, and the company has been working steadily to extend it to new areas of the world and improve the quality of its renderings.

Still, Apple's Maps team is said to be struggling with internal politics that have resulted in the departure of several key employees. While improvements such as transit information for Maps have been expected for iOS 8, the company mostly glossed over mapping issues with the exception of some new indoor mapping initiatives at WWDC. As a result, it is unclear just how many of the Maps improvements will make their appearance in time for the public launch and how many might be folded into later updates.

FlyersPh9
It's nice and all, but I can't see myself using this more than once. And that one time use would be just to test it for the sake of testing it. Seems pretty worthless.
Score: 13 Votes (Like | Disagree)

is this iOS 8 or Google feature ?

It helps to read the article once in a while ;)
Score: 10 Votes (Like | Disagree)

Jsameds
Spotted this during the keynote in the background when Craig Federighi mentioned the many features that they didn't have time to cover.

It's worth a glance over if you've not seen it already. 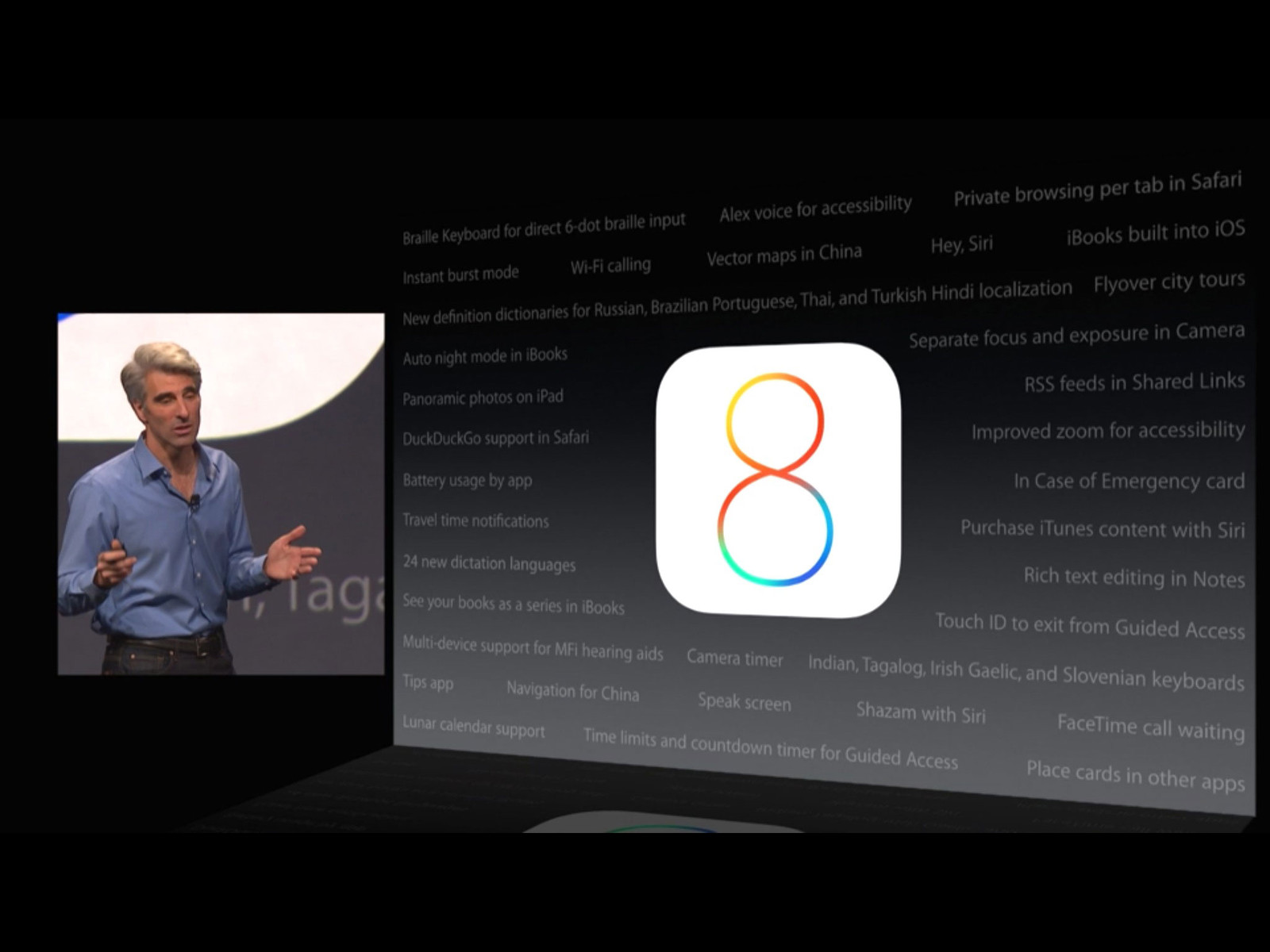 Corrode
Glad to see work is still being done on Maps despite rumors of staff issues. Would prefer to see the basics addressed though, rather than feature additions. (Accuracy in Canada, search functionality, landmark updates, transit, etc.)
Score: 6 Votes (Like | Disagree)

what is the use of this feature again?

or maybe giving people something to moan about? :rolleyes:
Score: 5 Votes (Like | Disagree)

na1577
Seems like a silly thing for Apple to be using its resources on.
Score: 5 Votes (Like | Disagree)
Read All Comments

Saturday March 6, 2021 7:33 am PST by Joe Rossignol
Apple on late Friday evening added a "while supplies last" notice to its iMac Pro product page worldwide, and removed all upgrade options for the computer, leaving only the standard configuration available to order for now. We've since confirmed with Apple that when supplies run out, the iMac Pro will no longer be available whatsoever. Apple says the latest 27-inch iMac introduced in August...
Read Full Article • 199 comments

Friday March 5, 2021 10:14 pm PST by Eric Slivka
Apple appears to be on the verge of discontinuing the iMac Pro, with the store page for the high-end all-in-one Mac including a "While supplies last" tagline and only the base model with no custom configurations available for purchase. The iMac Pro launched in December 2017, and while there have been a few tweaks to the available configurations over the years, it has received no substantial...
Read Full Article • 133 comments