Last week, Apple confirmed its plans to acquire Beats Electronics and Beats Music in a $3 billion deal that would bring a successful headphone business and a fledgling streaming music service under Apple's umbrella. While many have pointed to Jimmy Iovine as the acquisition target, Apple may also be using the deal to boost its "coolness" factor among younger users, as suggested in a survey by education technology company Chegg (via Re/code).

Chegg asked 10,000 students about their experience with Beats and their knowledge of the Apple-Beats merger. While most of the students surveyed were familiar with the Beats brand, only 15 percent had purchased Beats products and a mere three percent had subscribed to the Beats Music service. More than half of the students (60 percent) were aware of the deal with one quarter claiming the deal will make Apple more "cool" and fifty percent believing the acquisition will increase Apple's popularity among students.

This is largely good, albeit unsurprising, news for Apple, which has long dominated the college market. In most college lecture halls across the country, you’ll see rows and rows of MacBooks — many of which were purchased using Apple’s educational discount or in Apple-affiliated campus stores. Still, more and more young people are streaming music using services other than iTunes. Spotify has more than 40 million subscribers, and 40 percent of its American users are between the ages of 18-24.

Beats is often criticized as being a bass-heavy fashion accessory and not a true audiophile product, but sales figures reveal that the typically younger consumers who buy Beats are more interested in appearance than audio quality. According to marketing research company NPD, Beats accounts for 27 percent of the $1.8 billion headphone market and more than half (57 percent) of the premium market for headphones with a starting price tag of $100 or more.

patrickbarnes
No one on this site cares about Beats, MacRumors.

MacintoshMan
How I see this. 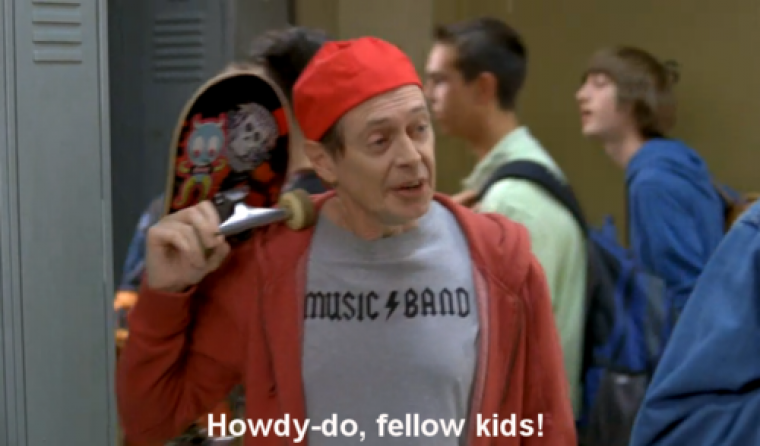 To each his own, I would never buy beats (I have Bose) but I can't deny their success.

The article does bring a good point, people spend most on music purchases / subscription when they are in their teens to twenties, so if Beats is #1 with that category, why not?


Funny thing is, a lot of people who I speak to (and my own personal experience) is that Bose is exactly like Beats in the audio world - overpriced and purchased by name, not actual quality.
Score: 25 Votes (Like | Disagree)

waloshin
Even Mac OSX is getting a kid tastic makeover!
Score: 16 Votes (Like | Disagree)

sundog925
God everything is hipster now. Shoot me.
Score: 14 Votes (Like | Disagree)
Read All Comments