There are some decent deals to be had on several Apple products this week, including the iMac, the cellular iPad Air, and the 2013 MacBook Air, all of which are available at low prices from various retailers. 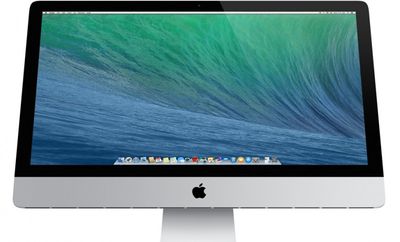 Apple's 2013 MacBook Airs are still available at much lower prices following the launch of the 2014 models, with discounts up to $150 on some models from multiple retailers. The 11.6 inch model with 4GB memory and 128GB flash can be purchased from Amazon for $787, $112 off the $899 2014 model. Prices are slightly higher at B&H Photo at $799, but that site only charges sales tax in New York, making it a better deal for most customers.

As for accessories, the Lightning-compatible JBL OnBeat Micro Speaker Dock for the iPhone is available from Groupon for $39.99 or for $44 from Amazon.com (regularly $99.95). Sphero's first-generation iPhone-controlled wireless robotic ball is also on sale via Groupon for $59.99, a discount of $20.

DODOcase is offering a rare $5 sale on its HARDcover iPhone 5/5s cases via Stacksocial, discounting them to $30. Daily Steals has a couple of Apple accessories available at a discount, including Apple's EarPods for $15 ($30 retail) and the 30-pin to Lightning Adapter cable for $16 ($39 retail).

LogicalVue
Strange they didn't mention Apple's refurbished store (http://store.apple.com/us/browse/home/specialdeals/mac/macbook_air/11) where you can get a 2013 MacBook Air for $719 (1.3Ghz, 4GB RAM, 128GB SDD). I grabbed one last week and won the "refurb lottery" because mine arrived with 8GB RAM instead of 4GB!
Score: 6 Votes (Like | Disagree)

When it comes to electronics, I always believe in buying the top of the line and more than I need.
Score: 5 Votes (Like | Disagree)

Cirlonde
Beware, the Sphero Groupon deal is not for Sphero 2.0 but rather for the original Sphero 1.0 which you can buy direct from the Sphero website or from Amazon for $79.99. So while you'd still save $20 bucks, it's not the 54% off deal they are claiming it is.
Score: 2 Votes (Like | Disagree)

So we wait. Don't we all have a couple of perfectly usable Macs and PCs at home? I don't see a reason to buy another computer with a non-retina screen.


Some people can't wait a year for a new computer.
Score: 1 Votes (Like | Disagree)
Read All Comments