Wednesday April 9, 2014 6:09 pm PDT by Richard Padilla
Apple may be preparing to feature its Touch ID fingerprint sensor on updated models of the iPad Air and Retina iPad mini that will be released later this year, KGI Securities analyst Ming-Chi Kuo states in a new research note. 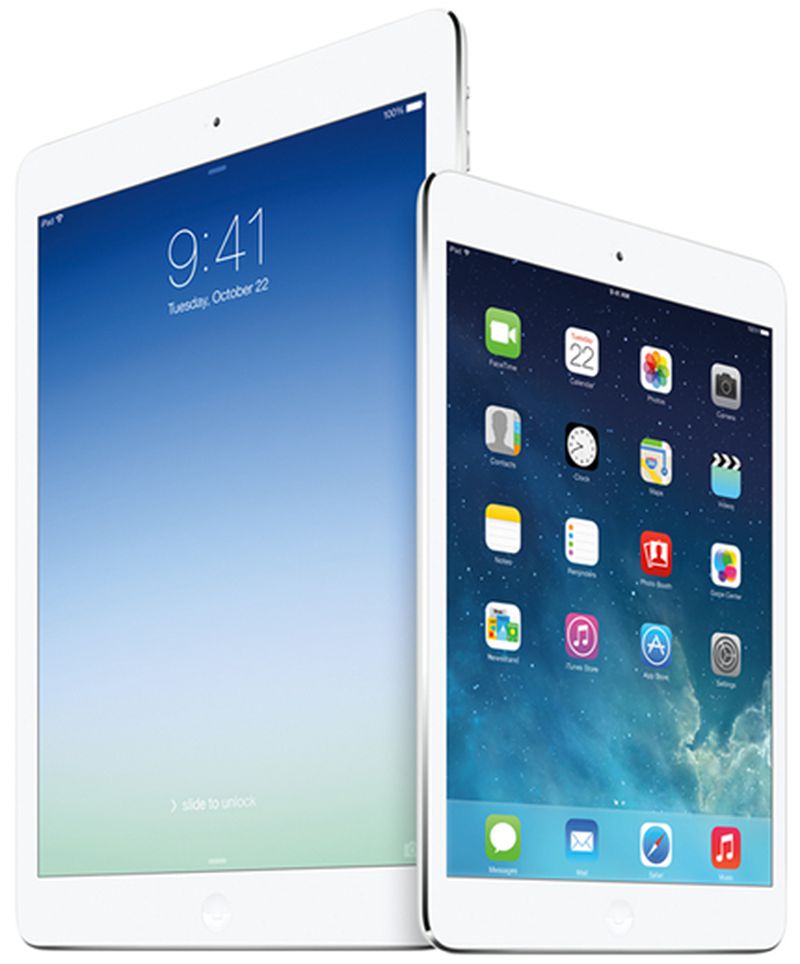 We think the upgraded iPad Air will be launched earlier in 2014 than the iPad Air was in 2013. The biggest changes will be A8 processor, Touch ID (fingerprint recognition), and main camera resolution of 8MP.

...We previously thought Apple would not release a new version of the iPad mini this year, but we now think Apple will launch an upgraded version with same form factor, A8 processor and Touch ID (fingerprint recognition) to boost shipments of iPad mini with Retina display.

Regarding the next-generation iPad Air, Kuo adds that the tablet will launch at an earlier point than the original iPad Air did in November of last year. Kuo also notes that Apple is likely to cut the price of the existing Retina iPad mini, and that the newer model will feature the same form factor with an upgraded processor and Touch ID fingerprint sensor.

The researcher also once again speaks on the possibility of the long-rumored 12.9-inch iPad, stating that Apple is actively working on the device and gearing it towards uses in entertainment and productivity. However, Kuo notes that the product is unlikely to come out in 2014, falling in line with what he stated in his previous reports from this past February and last October.

I am happy with what I have.


Does Apple allow that?
Rating: 16 Votes

Corrode
Here's hoping they up the iPad to 2GB of RAM as well.
Rating: 9 Votes

Che Castro
What about the ram
Rating: 9 Votes

BasicGreatGuy
I have an iPad Air. I am not going to upgrade for those supposed rumored updates. I am happy with what I have.
Rating: 9 Votes

iBlazed
Finally, should have been on the iPad Air. You get people used to a feature on their 5S and then they have to go back to the old way of doing it on their up to date iPad they bought the same day.
Rating: 6 Votes

What about the ram

japanime
It seems like the only stories that ever show up on the front page of MacRumors nowadays are those that either:

Oh come on, that's ridiculous. A person can buy a 5S and still choose a cheaper iPad such as the 4 in order to save money and won't get the Touch I.D or they may choose a different brand of Tablet that has no Fingerprint sensor options at all. Either way they won't have the same convenience and functionality as their 5S.

You're talking about older products and products from other manufacturers. I'm talking about up to date Apple products. You're comparing apples and oranges.

Just because Touch I.D is a great feature doesn't mean it has to be on multiple Apple products at the same time.

They said the same thing about Siri before it was on the iPad, but I think consistency among newly released products would be nice.
Rating: 4 Votes

Does Apple allow that?