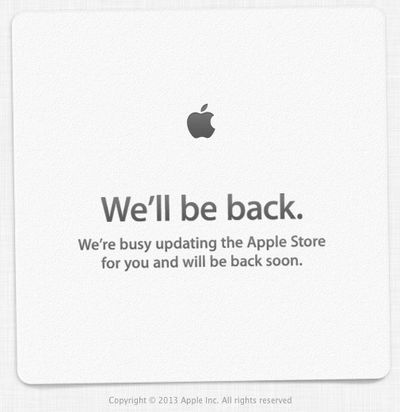 Apple's in-store sales will begin at 8:00 AM local time in countries where the company operates its own stores, and online store outages should work their way across the world later today with separate batches for Europe and North America.

Woyzeck
What a skeumorphistic screen design....
Score: 1 Votes (Like | Disagree)

Jsameds
I wish we'd been able to pre-order, that way our iPads would have arrived tomorrow instead of being ordered tomorrow.
Score: 1 Votes (Like | Disagree)
Read All Comments

Monday December 5, 2022 11:44 am PST by Juli Clover
Due to production issues at Apple supplier factories in China, the iPhone 14 Pro and iPhone 14 Pro Max are backordered and basically out of stock at every store. If you were planning to gift or receive an iPhone 14 Pro model for the holidays and didn't already get one, you're basically out of luck because they're gone until late December. Subscribe to the MacRumors YouTube channel for more ...
Read Full Article • 162 comments