Apple's 2013 Annual Report: Inside the Numbers on Employees, Retail Stores, and More

Apple yesterday filed its 2013 10-K annual report with the U.S. Securities and Exchange Commission, offering some insight into how the company has grown over the past year. Among the interesting tidbits included in the report:

- Apple's retail store count increased by 26 during fiscal 2013, with average revenue per store dropping slightly to $50.2 million from $51.5 million. The company also saw a decrease in the number of full-time equivalent employees per store, moving from 108.7 in 2012 to 102.9 in 2013. As noted during Apple's earnings conference call on Monday, the company plans to open 30 new retail stores in fiscal 2014, with two-thirds of those being outside of the United States. Apple expects to remodel an additional 20 of its existing stores. 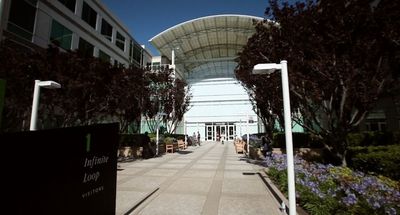 - Apple expects capital expenditures to rise to $11.0 billion in fiscal 2014, a significant increase of 57% over the $7.0 billion spent in 2013. The retail division is expected to see only a 10 percent increase in spending, while Apple's other capital expenditures related to manufacturing, corporate facilities and infrastructure would grow by over 60 percent. Some of that increase may be related to Apple's new corporate campus, but it is not entirely clear how those costs are being budgeted and accounted for over time. Asymco's Horace Dediu has used Apple's capital expenditure estimates to predict shipments of 250-285 million iOS devices in fiscal 2014, up from around 235 million in 2013.

Apple's annual report contains a number of other details about the company's operations, much of it targeted at investors and regulators, and addresses such topics as executive compensation, company investments, taxes, and more.

AppleFan115
We're not taking our foot off the gas.
Score: 3 Votes (Like | Disagree)

Are you being serious or just trolling?

nostresshere
Like em, hate em, or love em. Does not matter.

This is one big a$$ company.

They spend $1billion in just advertising.
$11b in capital expenditures

Apple never communicates on actual sales numbers, but invent all sorts of ******** percentage, growth, advertising etc...numbers to make us believe that there is overall sales and growth.

But their inside board stockholder strategy trumps no one: they artificially made they value rise by having hedge funds, and new holders.

This is based on air and will make their value fall critically soon enough.


Are you being serious or just trolling?
Score: 1 Votes (Like | Disagree)

wow, more then 80,000 employees. that number is huge than most of airline operations :D

But do they all get the appropriate health care package or rely on Obamacare. ;)
There's a reason for big business to have the part-time job medical coverage loop hole.
Score: 1 Votes (Like | Disagree)
Read All Comments

Monday October 3, 2022 7:53 am PDT by Joe Rossignol
iOS 16.0.2 was released last month with several bug fixes for iPhone 14 issues, excessive copy and paste permission prompts, and more. Now, evidence suggests that Apple is planning to release iOS 16.0.3 with additional bug fixes. Evidence of an upcoming iOS 16.0.3 software update has shown up in MacRumors analytics logs, which have been a reliable indicator in the past. There are several...
Read Full Article • 90 comments