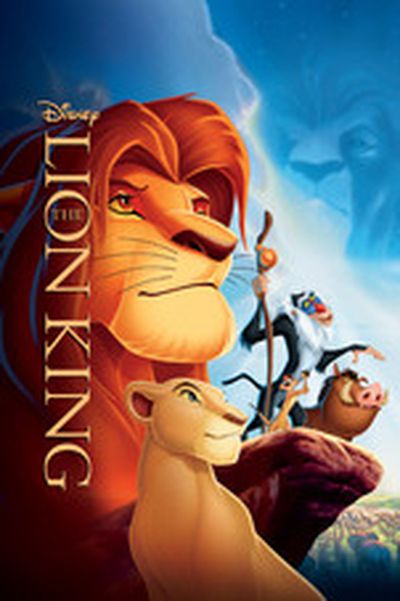 It appears some Disney and Pixar titles like The Lion King, Beauty and the Beast, and Cars series Mater's Tall Tales have been pulled from both the iTunes Store and the "Purchased Content" libraries of customers who paid for the content.

While the removal, originally noticed by a 9to5Mac reader, first appeared to be a glitch, AppAdvice has pointed out that the titles are also unavailable via the Amazon Instant Video service, suggesting the disappearance of the content may be intentional, potentially due to a licensing issue.

According to the customer who noticed the missing titles, Disney elected to remove the content from the iTunes Store, preventing customers who have purchased the movies/TV shows from re-downloading the content via iTunes in the Cloud, which allows users access to previously purchased content.

Two movies disappeared from my Apple TV yesterday (Mater's Tall Tales and The Lion King). I called Apple and they told me that Disney has removed them from the iTunes store. They are no longer available for viewing on my Apple TV. There was no warning, no notice and no refund. According to Apple, all digital content belongs to the content provider.

On Amazon.com, searching for the titles results in a notice that licensing agreements have prevented the content from being purchased or rented, and as AppAdvice points out, Apple's iTunes Store Terms and Conditions does specify that previously purchased content can be made inaccessible.

Both Apple and Disney have yet to comment on the content removal, and it remains unclear whether the disappearance of select titles is temporary or a more permanent move.

Update: A Disney spokesperson told AppAdvice that Disney plans to work with Apple to ensure that users who purchased The Lion King and other content now removed from the App Store will be able to continue to download their purchases.

Razeus
How can they pull content that's been paid for? This is why I don't buy movies from iTunes or anywhere else as a download. :mad: I consider this THEFT and expect a class-action suit to be filed.

The formula is simple: I give you money for something you have; you give that something to me to own. If you take it back from me (especially without my knowledge), I expect you to give me my money back. Otherwise, it's called theft and there's laws for that.

What kind of world are we going to live when when companies let you buy stuff and they take it back. What is this? I give you money for nothing?

Again, I refuse to buy movies from downloaded sources for this reason alone. Ok, reason #2 is that the prices are too high.
Score: 74 Votes (Like | Disagree)

Razeus
And these people wonder why the public simply pirates the movies. :mad:
Score: 61 Votes (Like | Disagree)

The Tuck
This is why people should be afraid of purchasing content from the iTunes or Amazon digital video stores. Nothing beats a 1080p physical disk that you can keep on a shelf that the content owner can't remove from your library.
Score: 48 Votes (Like | Disagree)

Bearxor
Just when I was starting to come around to the idea that digital purchases might not be that bad...
Score: 25 Votes (Like | Disagree)

sprawl2
Kind of ironic, seeing as how Steve Jobs was basically directly responsible for the creation of Pixar.
Score: 20 Votes (Like | Disagree)