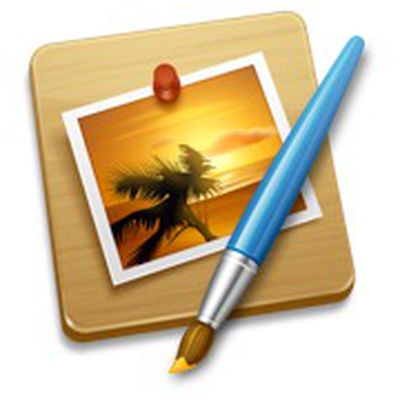 Layer Styles allow users to quickly apply shadows, gradients, outlines, and reflections to their images, while Liquify provides a new way to manipulate images. Layer Styles are non destructive, and the Liquify tools include Warp, Bump, Pinch, and Twirl.

Pixelmator 3.0 FX is the most advanced version of Pixelmator to date, introducing lots of new features and improvements, including the following:

Pixelmator is only third-party app mentioned on Apple’s Mac Pro performance page, where it is used to demonstrate the new tower's blazingly fast performance.

Pixelmator 3.0 is a free upgrade for existing users, while new users can download the app from the Mac App Store for $29.99. [Direct Link]

macduke
I love getting these immediate MacRumors alerts in Mavericks!
Score: 5 Votes (Like | Disagree)

CaptainPrice01
For the price, Pixelmator is certainly one of the best image editing apps on the market. Also the new MacRumors notifications are awesome.
Score: 4 Votes (Like | Disagree)

Old Muley
I've got both Pixelmator and Photoshop CS5. While PS is my go-to editing software, Pixelmator just keeps getting better and better. I foresee a day when I may even discontinue my use of Photoshop since I'm not going to pony up for the subscription.
Score: 3 Votes (Like | Disagree)

Anonymouse106
Layer styles at last! Not really missing Photoshop at all.

P.S. I haven't had any problems mentioned above, except the awkward lack of a "crop to selection" feature. I use "crop off transparent pixels" to do the same thing but that does take more steps.
Score: 3 Votes (Like | Disagree)

thejadedmonkey
I'm absolutely stunned at how fast the Pixelmator team is able to crank out these updates, it's really fantastic.

Now give me some useful resizing on export features so i can use it to easily create assets, and I'll switch over to it full time.

I keep getting errors trying to download the update. Apparently I'm not the only one, happening with a majority of the updates I have access to. Sucks...


For what it's worth, I updated iMovie 3 times on my computer this morning :p
Score: 2 Votes (Like | Disagree)

ValSalva
Great app. Every little improvement makes it a Photoshop replacement for more and more people.
Score: 2 Votes (Like | Disagree)
Read All Comments