Apple has been hit with a judgment for ¥330 million ($3.3 million) in a Japanese court case over infringement of a patent by the company's click wheel system used on a number of past iPod models and the current iPod classic, reports Dow Jones Business News.

The patent that Mr. Saito's company applied for in 1998 covers a technology for the Click Wheel controller that Apple has adopted for the music player in Japan since 2004, Presiding Judge Teruhisa Takano said in the ruling. 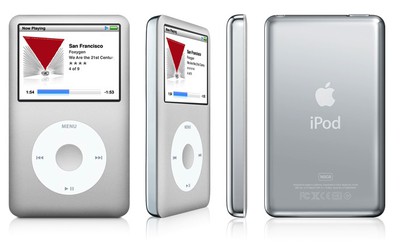 Saito had filed an injunction request against Apple back in 2007, and as settlement negotiations failed to result in any agreement, he eventually increased his damages request to ¥10 billion ($101 million). The court ruled, however, that Apple's infringement warranted the much smaller judgment.

samcraig
I love the comments about how this is pocket change to Apple. While true - it's still a win for the plaintiff. But it seems people are fine with Apple violating patents and how insignificant any judgement is but when it comes to Apple suing others for their patents every other company is evil for violating them.

It is not fine to ask $100 million for one small patent on something basic...

something basic? the click-wheel is the only way to use the device. get your head out.......
Score: 8 Votes (Like | Disagree)

It is not fine to ask $100 million for one small patent on something basic. An iPhone uses more than 100 patents on GSM/4G/Blutooth/WiFi alone. Even Apple's pockets aren't that deep - they'd have to raise prices.

If they had asked a more reasonable amount - Apple usually pays and this would not even be news.


No hypocrisy of mine. Where is mine?

And where is evidence that Apple usually pays. Before? Most of the stories are about Apple (and others) having to go through litigation for refusing to pay patent fees.

And who are you (or I) to judge how much or how little a patent is worth. Isn't that why there are courts? If a patent is integral - then isn't it worth more than something that's a "throw away?"

It's clear the judge believed the amount was exorbitant here. Which is great for Apple.

I love the comments about how this is pocket change to Apple. While true - it's still a win for the plaintiff. But it seems people are fine with Apple violating patents and how insignificant any judgement is but when it comes to Apple suing others for their patents every other company is evil for violating them.

The hypocrisy is laughable.

something basic? the click-wheel is the only way to use the device. get your head out.......


Read it again. It doesn't say the Japanese company patented the click wheel; it says the compnay patented a technology used in the click wheel. The click wheel might use a hundred different technologies... you can't tell from the article how prominent this specific one was.

I love the comments about how this is pocket change to Apple. While true - it's still a win for the plaintiff. But it seems people are fine with Apple violating patents and how insignificant any judgement is but when it comes to Apple suing others for their patents every other company is evil for violating them.


I'm with you on the "evil" part. But unless you've been involved with development of a complex product, you might not realize that it is almost impossible to develop a complex product without inadvertently violating some existing patent.
Score: 3 Votes (Like | Disagree)

jmthigpen
change between the couch cushions
Score: 2 Votes (Like | Disagree)
Read All Comments