The U.S. Apple Store has gone offline in preparation of the launch of online sales for the iPhone 5s. The iPhone 5s is Apple's new top-end iPhone which incorporates the faster A7 processor, camera improvements and a fingerprint sensor. 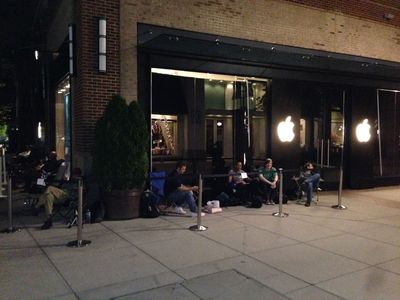 Southpoint Mall in Durham, NC
Lines have started to form at stores across the country. While the the LA Times claims that lines are "noticeably shorter or nonexistent" as compared to previous launches, CNet reports there were healthy lines internationally.

Supply for the new iPhone appears to be tight with international stores selling out relatively quickly. Apple didn't offer pre-orders for the iPhone 5s, so both online and retail sales begin today.

An Apple employee just came out and asked everyone in line which color, carrier, and size they desired. After getting to the third person, there are no more gold/white or silver/white in any size for any carrier.

The iPhone 5c will also go on sale at retail stores on Friday, September 20th. Retail sales will begin at 8am local time, while online sales will kick off at 12:01am Pacific time.

Update: Mac4Ever has a gallery of long lines for the iPhone 5s launch in France. 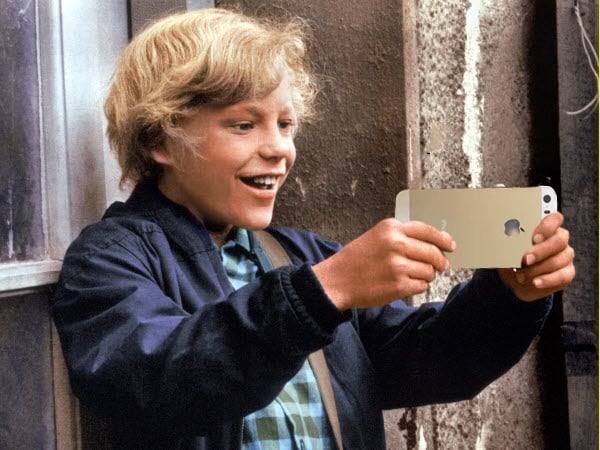 powerslave12r
Good luck to all my retina Haswell folks. This is the time to hope against hope that when the store comes back up, there will be magical silent upgrades to the rMBP. :D

WardC
I wish people would line up like this when the Mac Pro comes out, show the Mac some support...seems all people care about these days is having the latest iDevice.
Score: 6 Votes (Like | Disagree)

iceache
I'm first in line.... in front of my computer that is. :)
Score: 6 Votes (Like | Disagree)
Read All Comments

Tuesday July 5, 2022 6:57 am PDT by Joe Rossignol
The upcoming launch of Apple's redesigned MacBook Air with the M2 chip has some Windows laptop manufacturers "worried" that sales of Intel-based laptops will be negatively affected, according to industry sources cited by DigiTimes. "A Wintel brand vendor pointed out that at a price point of US$1,000-$1,500, the MacBook Air will crowd out other high-end notebooks," the report claims, with...
Read Full Article • 271 comments

Tuesday July 5, 2022 5:53 am PDT by Hartley Charlton
European Union lawmakers have approved landmark legislation to heavily regulate Apple, Google, Meta, and other big tech firms. The Digital Markets Act (DMA) and Digital Services Act (DSA) were proposed by the European Commission in December 2020. Now, collected in a "Digital Services Package," the legislation has been formally adopted by the European Parliament and seeks to address...
Read Full Article • 434 comments