Popular gaming news website IGN has launched an update to iOS app, including features such as customizable feeds that sync with different pages for gaming platforms, the ability to track gaming titles with automatic updates and notifications, and AirPlay compatibility with the website’s videos. The app also includes watch and read later capabilities for content, along with automatic calendar sync for users to add video game and movie release dates in Apple's iOS Calendar app. 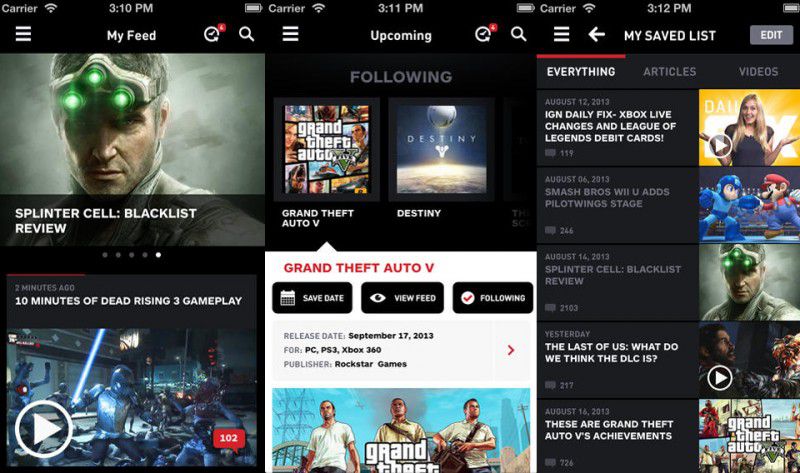 Don’t rely on others to build the perfect IGN homepage for you—your fully-customized news feed is here. Love comics and PlayStation, but rage at the sight of a True Blood episode review? A few taps, and you’re off to a peaceful co-existence with the new IGN app, including iOS calendar reminders about the release dates of games & movies that you follow.

IGN is a universal app that can be downloaded from the App Store for free. [Direct Link]