Tuesday September 10, 2013 1:23 pm PDT by Eric Slivka
Following today's media event, Apple has seeded the golden master (GM) version of iOS 7 to developers. This represents the final build that will be released to the public on September 18 for installation on existing devices. iOS 7 will also be included on the iPhone 5s and iPhone 5c, which launch in the first round of markets on September 20. 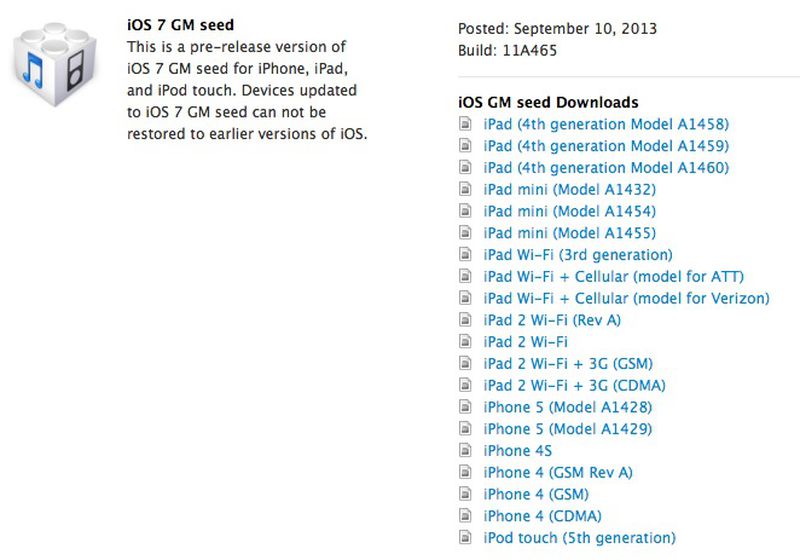 The GM version of iOS 7 arrives as build 11A465, and Apple has also released a GM build of Xcode 5 to support iOS 7. 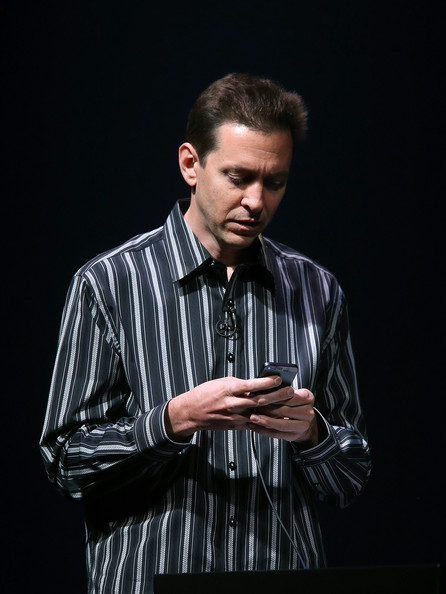 DavidLeblond
Why are people asking about Windows? This is for iOS developers. You can't develop for iOS without XCode which is Mac only.
Rating: 11 Votes

Give it up already...thousands are going to install this ahead of public release.


because that guy wants to feel special and elite, it's a character flaw shared by many on these forums.
Rating: 8 Votes

rwilliams
Y'all are asking for the wrath of the moderators.
Rating: 6 Votes

Why are people asking about Windows? This is for iOS developers. You can't develop for iOS without XCode which is Mac only.


Oh my gawd, why do you care? Why does it affect you?
Rating: 5 Votes

because that guy wants to feel special and elite, it's a character flaw shared by many on these forums.


Yeap. I can understand their stance on betas, but a GM SHOULD be 100% safe and ready for the masses. Hope the devs spend their time updating their apps rather than lecturing the countless hoards that are looking for a DL link.:cool:
Rating: 5 Votes

musika
I sure hope those animations are speedier.
Rating: 5 Votes

OK, so no OTA to go from iOS7 beta to iOS7 GM. But if I restore via iTUnes to the iOS7 GM, will I be able to get all the OTA updates post iOS7 GM? Or do I have to re-restore to the iOS7 official release version to get OTA updates after that?


When restoring your iPhone or iOS Device, do you guys get an option of downloading the iWork suite, iPhoto and iMovie for free. I.e Can people with older iPhones set up their iPhone as a new one and download iWork for free?

I can't answer you're question, but I'll just chip in and say my interpretation was that it was for the new 5C and 5S iPhones only.
Rating: 3 Votes