Screen manufacturer Japan Display and inductor coil provider TDK have fully ramped up production levels in order to meet the parts demand for Apple’s upcoming iPhone 5S and lower-cost iPhone 5C, according to a report from Japanese newspaper Nikkei [Google Translate] (via CNET). 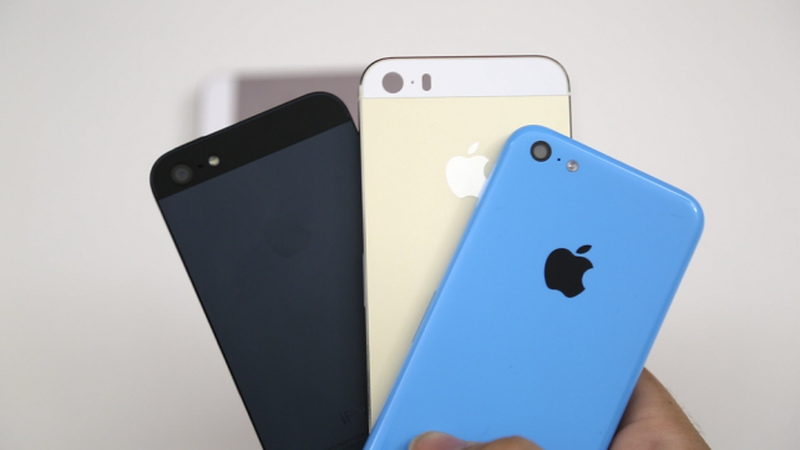 Japan Display Inc. (JDI), a merger of the small and medium-size display businesses of Sony, Hitachi, and Toshiba, is in "full production" Nikkei said in a report Thursday.

TDK, which supplies Apple with inductor coils, among other components, boosted production this summer to meet demand for the new iPhones, expected to be announced at a September 10 event.

Additionally, an IHS analyst cited in the report states that prices of flash memory could be driven higher if Apple’s refreshed iPhone line sells well, with Toshiba being the primary supplier of flash memory to the company. Suppliers in Japan are also concerned about a sharp decline in profit and sales if production slows down due to slowing iPhone sales. Last month, a report stated that production of the iPhone 5S is expected to be limited to 3-4 million units in Q3 2013 due to fingerprint sensor shortages.

So the champagne version is only getting the dual LEDs ?

Touch sensor will be very useful.

Can't wait for all the threads showing people bypass it though


The one with a single flash is an iPhone 5. They're just being held up to show the differences between models.
Rating: 5 Votes

Carlanga
They better make the 32GB the low size memory this time, if I have to pay an extra $100 for an extra 16GB again X2, this will mean it's 6 years w/ same size of flash memory while apps have increased more than 3X their size.
Rating: 2 Votes

..Additionally, an IHS analyst cited in the report states that prices of flash memory could be driven higher if Apple's refreshed iPhone line sells well, with Toshiba being the primary supplier of flash memory to the company..

ValSalva
They'd better be ramping up production given the new iPhone coming :rolleyes:

I think there don't have to be any more stories about the supply chain for the iPhone ramping up. It's five days from the Apple event. It's obvious now.
Rating: 2 Votes

And the back isn't?


No, it is not. There is a space indicating the presence of a dual flash module, and two potential colour options.
Rating: 1 Votes

Forgive my ignorance but *why* would the prices of the flash memory go up, wouldn't it actually instead go down over time? :confused:
Rating: 1 Votes

Battlefield Fan
Why has no one seen the front of the 5S???
Rating: 1 Votes

The one with a single flash is an iPhone 5. They're just being held up to show the differences between models.


Yeah there's no way they'd just make one color get a unique feature. It's showing the progression from 5 to 5S & 5C.
Rating: 1 Votes
[ Read All Comments ]