New photos of the rumored gold iPhone 5S have been published by the French site MacBoutic (via iPhon.fr). Similar images have appeared before and KGI Securities analyst Ming-Chi Kuo, who has offered accurate information on Apple's upcoming product plans numerous times, said yesterday the 5S would be available in gold. 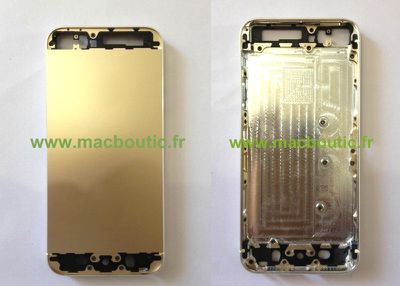 Alleged gold iPhone 5S shell from MacBoutic
Several days ago, BGR shared different images suggesting the color will be more subtle, calling it 'Champagne' and providing its own images of the volume and mute switches. Japanese blog Mac Otakara reported separately earlier this week that the iPhone 5S would have a gold option.

'Champagne' parts from BGR
Oddly, MacBoutic claims they "deliberately blurred the "Apple" logo and the words "iPhone" on the back of the chassis", though there are no traces in the image of such blurring. It's possible that this is a preproduction sample and that sort of lettering was missing entirely, or possibly a knockoff part not manufactured for Apple.

The new iPhone is expected to be announced at a media event on September 10th.

Update: Rene Ritchie of iMore, who has had accurate sources in the past, echoes these rumors.

There are a bunch of rumors and speculation making the rounds about Apple adding gold to the color options for the upcoming iPhone 5S. I've heard the same thing, but probably from different sources.

Unggoy Murderer
Is it just me, or does gold just look so tacky...?
Score: 89 Votes (Like | Disagree)

tkhan456
If this is Apple's idea of innovation they're done
Score: 46 Votes (Like | Disagree) 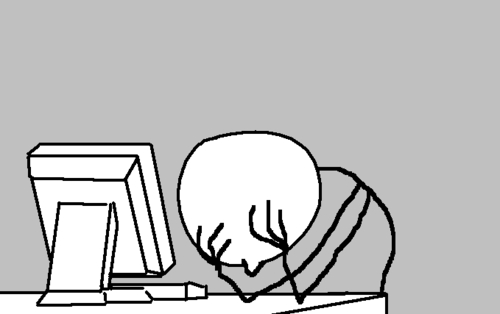