Apple's MagSafe 2 power adapter, which was introduced alongside the Retina MacBook Pro in 2012, reincorporates the T-shaped connector design that was previously abandoned for an "L" style MagSafe connector due to issues with the strain that the "T" style connector placed on the power adapter cable.

To combat cable strain with the T-shaped MagSafe 2, Apple designed the connector to pull away from the MacBook when even slight amounts of pressure are applied to the cable, resulting in frequent and unintentional cable disconnections.

Have you ever tried using your new MacBook Air or MacBook Pro in bed, on your lap, or on the go? Even the slightest movement will cause the power cable to disconnect or stop charging.

If you leave anything near the power cable, you'll often find that your Mac isn't charging. This is especially frustrating when leaving on a trip or going to a last-minute meeting, only to find that your battery is empty.

The Snuglet is described as a gold-plated "precision manufactured ring" that attaches directly to the MagSafe 2 connector. It does not interfere with the insertion or removal of the power cable, but it does ensure that the cable remains more firmly attached to the MacBook.

The Snuglet helps your power connector stay connected when you want it to, but releases when it should. The design still allows you to easily insert and remove the power cable, but simply makes it work better. It really feels perfect. Once you try it, I think you will agree! 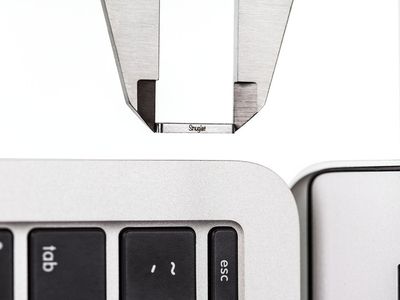 While the Snuglet is meant to remain attached to a MagSafe 2 connector, it can be removed using a special tool included with the package, which means it is fully reusable. It is also designed to work in conjunction with the MagSafe to MagSafe 2 Converter.

There are a limited number of slots allowing interested backers to secure a set of Snuglets for $12, with additional price points available at $15 and $19. The product has an estimated ship date of September 2013.

jabingla2810
Looks like he missed the point of MagSafe. It's supposed to disconnect!!

With this 'snuglet' fitted, your MacBook will be ripped off your table when you trip over a cable.

Also, when using your macbook on your lap, you don't rest the MagSafe on your leg, you rest the laptop on your leg, so that video is complete rubbish.
Score: 14 Votes (Like | Disagree)

hodaka
Interesting how many people can find solutions for problems that don't exist, and band-aids for problems that stem from improper use. I have here a MagSafe 1 adaptor from the original MacBook Pro that has never had a problem - I just make sure that anyone using it uses it properly. Problem solved. It gets used almost every day, connected/disconnected several times a day by many different people over the years.
I also have a MagSafe 2 equipped 13" Retina. I have never noticed a propensity to disconnect unexpectedly. If I'm putting force on it, I expect it to disconnect - adjust workflow/workspace appropriately.
Score: 13 Votes (Like | Disagree)

KylePowers
Almost looks as if it's too secure (example being when the person pulls it across the bed). I'd be concerned that the magsafe connector would no longer be doing its job.

Have you ever tried using your new MacBook Air or MacBook Pro in bed, on your lap, or on the go? Even the slightest movement will cause the power cable to disconnect or stop charging.


Actually, no I've never had that happen. MagSafe has IMO just the right amount of "grab vs give".

I'm sorry, but it seems like most of these Apple-related kick starter projects are solutions in search of problems.
Score: 5 Votes (Like | Disagree)
Read All Comments