The new Mac Pro model, expected later this year, is "something really different" according to a video professional who says he spoke with the Mac Pro product manager.

Writing on the RedUser.net forum, Andrew Baird says he spoke to Mac Pro project manager Douglas Brooks on the phone after emailing CEO Tim Cook with his concerns about the lack of a new professional tower from Apple over the past few years.

For what it's worth - a couple of months ago I received a call from Douglas Brooks, Apples project manager for the new Mac Pro to address my concerns about the new machine. Obviously he didn't tell me anything about the new MP, but asked me what I wanted to see. I told him expandability for extra graphics cards support, and memory expansion were at the top of my list amongst other things. His reply was simple:

"You are going to be really glad that you waited [to buy a new tower]. We are doing something really different here and I think you're going to be very excited when you see what we've been up to. I can't wait to show this off".

That conversation gave me enough confidence to wait for the new machine. I'm looking forward to the announcement. Hopefully the wait will be worth it.

Somewhat corroborating Baird's phone call, Lou Borella -- administrator of the 'We Want a New Macpro' Facebook group -- wrote on the page that he heard the new professional Mac would be "heavily reliant on Thunderbolt" with "no internal expandability", and would have support for dual-GPU's and no FireWire or optical drive.

In mid-2012, after a minor update to the Mac Pro was announced at WWDC, Tim Cook confirmed to a fan that new Mac Pros were coming in 2013, which was later reiterated by an Apple spokesman. It has also been rumored that the new Mac Pro would be the first Apple computer in years to be 'Made in the USA'.

Tomorrow
A nice surprise would be a reasonable price for a new Mac Pro.
Score: 96 Votes (Like | Disagree) 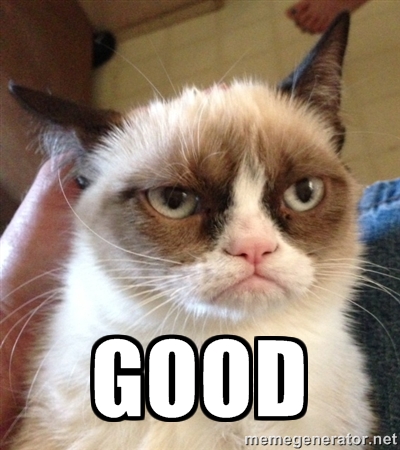 yossi
Are we looking at a grotesquely oversized Mac Mini?
Score: 48 Votes (Like | Disagree)

All good news, but I think we can realistically say that this will be the last upgrade before it's killed off.

That doesn't seem realistic at all! If they have spent resources making "something really different" it makes no sense to kill it off after its one and only appearance.
Score: 41 Votes (Like | Disagree)

Amazing Iceman
I certainly hope this "something really different" refers to a Mac Pro chassis that is fully configurable and upgradable, with the ability to replace and upgrade each main component, instead of having to buy a whole Mac every other year.
Score: 39 Votes (Like | Disagree)
Read All Comments

Saturday March 6, 2021 7:33 am PST by Joe Rossignol
Apple on late Friday evening added a "while supplies last" notice to its iMac Pro product page worldwide, and removed all upgrade options for the computer, leaving only the standard configuration available to order for now. We've since confirmed with Apple that when supplies run out, the iMac Pro will no longer be available whatsoever. Apple says the latest 27-inch iMac introduced in August...
Read Full Article • 370 comments

Friday March 5, 2021 9:53 am PST by Joe Rossignol
Initially filed in 2016, a class action lawsuit that accuses Apple of violating the Magnusson-Moss Warranty Act, Song-Beverly Consumer Warranty Act, and other U.S. laws by providing customers with refurbished replacement devices is set to proceed to trial August 16, according to a notice this week from law firm Hagens Berman Sobol Shapiro LLP. Apple's repair terms and conditions state that,...
Read Full Article • 205 comments