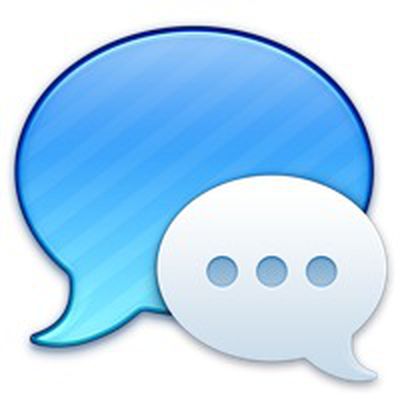 CNET has obtained a 'sensitive' U.S. Drug Enforcement Agency document that says it is impossible for law enforcement agencies to eavesdrop on iMessage conversations, even with a court order, because of Apple's "secure end-to-end encryption".

The memo appears to be aimed at informing DEA agents that while they may have the appropriate subpoena to get SMS messages, they may not be getting all messages sent and received if the target is using iMessage.

Security researchers suggest that it may be possible for Apple to comply with government search warrants and subpoenas to hand over iMessage data, but the DEA note says it is currently "impossible to intercept iMessages between two Apple devices".

The DEA's "Intelligence Note" says that iMessage came to the attention of the agency's San Jose, Calif., office as agents were drafting a request for a court order to perform real-time electronic surveillance under Title III of the Federal Wiretap Act. They discovered that records of text messages already obtained from Verizon Wireless were incomplete because the target of the investigation used iMessage: "It became apparent that not all text messages were being captured."

This echoes what other law enforcement agencies have been telling politicians on Capitol Hill for years. Last May, CNET reported that the FBI has quietly asked Web companies not to oppose a law that would levy new wiretap requirements on social-networking Web sites and providers of VoIP, instant messaging, and Web e-mail. During an appearance two weeks later at a Senate hearing, the FBI's Mueller confirmed that the bureau is pushing for "some form of legislation."

This issue is nothing new, however -- law enforcement and spy agencies have struggled getting wiretaps on VoIP calls for years, with Skype's P2P calls being particularly difficult to tap.

In its privacy policy, Apple says it may disclose personal information "by law, legal process, litigation, and/or requests from public and governmental authorities within or outside your country of residence" or "if we determine that for purposes of national security, law enforcement, or other issues of public importance, disclosure is necessary or appropriate."

Feed Me
If it weren't so unreliable I'd be seriously considering moving my drug business to iMessage.
Score: 66 Votes (Like | Disagree)

RobertD63
This just in: North Koreas military is switching to iMessage for all communications.
Score: 43 Votes (Like | Disagree)

phillipduran
Too bad too.

Our government should understand that we will be safe from their prying eyes and they will have limits on reaching into our lives. I can live with criminals having the ability to speak privately, or there being an option of anonymity.

What I don't want to live with is a far reaching government that meddles in my affairs. Keep out and find a different way to get at criminals. I don't care if some of them will get away with crime, or that they lack the tools to catch criminals when they talk. It's part of the price of being a free and un-meddled with citizenry. Law enforcement will be hard. It should be.
Score: 21 Votes (Like | Disagree)

litmag01
Where there is a will there is a way. BTW does anyone els think it is really weird that the feds would come out with a statement like this?
Score: 20 Votes (Like | Disagree)

NachoGrande
It's a trap.:D
Score: 13 Votes (Like | Disagree)
Read All Comments