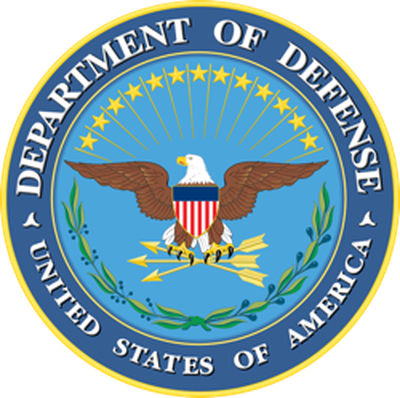 The United States Department of Defense is reportedly ordering more than 650,000 iOS devices according to Electronista, which cites unnamed sources.

The report says the DoD will purchase 120,000 iPads, 120,000 iPad minis, 200,000 iPod touches and 210,000 iPhones. The devices will be used in a variety of situations, with more than 50% "headed to the battlefield, afloat, and to associated support commands." The rest will be used in office situations like the Pentagon.

The site suggests that the actual order of the devices is being delayed due to the sequester, and the purchase will move forward once that is resolved by Congress.

Update: The Department of Defense has denied the claims made in Electronista's article, saying that it has no plans to end support for BlackBerry phones. Additionally, the spokesperson said DoD "mobility experts are looking into what has been reported and are not familiar with the figures quoted in that report/article."

Note: Due to the content of the discussion thread associated with this post, we have moved the discussion to our Politics, Religion, Social Issues forum. All forum members and site visitors are welcome to read and follow the thread, but posting is now limited to forum members with at least 100 posts.

komodrone
Angry Birds IS NOT A COMBAT SIMULATOR.
Score: 64 Votes (Like | Disagree)

While I am a long time Mac fan (my first Mac was a FatMac in 1984), this is a very poor decision by the DoD. They should be choosing open source solutions whenever possible and with smartphones and tablets, they have an easy choice, Android.

I watched and participated while our government's time and money were wasted with proprietary Microsoft DOS, Windows, etc. Microsoft continually jerked our DoD around and I see no reason to believe that Apple won't do the same.

I know fans of iOS will be happy to have their personal choice validated, but this is not a good direction for our tax money.


Ever occur to you that open source has less security than an iOS device? Especially that mountain of crap called Android?
Score: 22 Votes (Like | Disagree)

Luckily the country isn't in a financial cris.... oh wait.

Better than buying Blackberry or Samsung, or almost any other smartphone or tablet manufacturer company for that matter ... as they aren't American.

Buying American supports its own economy and a heavy percent will go back into their pockets as tax revenue.
Score: 15 Votes (Like | Disagree)

I have a hang nail, oh, but wait, it is the result of the sequester so it's ok.

Everyone understands that the sequester results in no reduction in government spending, right? Plus any spending approved for this month was not effected by the sequester unless Obama specifically stopped it. Since when did news become propaganda?
Score: 10 Votes (Like | Disagree)

realism in not one of the strong suits of many MR forum users
Score: 8 Votes (Like | Disagree)
Read All Comments