Earlier this year, analysts from Detwiler Fenton claimed that Apple's rumored lower-cost iPhone would use a Snapdragon chip from Qualcomm rather than one of Apple's own A-series chips, arguing that the ability to integrate Bluetooth and Wi-Fi directly into the main chip would allow Apple to save on costs.

China Times (spotted and translated by Japanese blog Mac Otakara) now cites an unnamed source making the same claim. The report says that TSMC has been contracted to produce the Snapdragon chip using its 28-nanometer process. 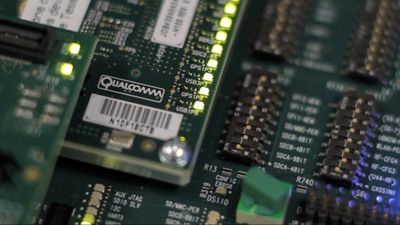 The report also suggests that another cost-saving measure for the low-cost handset would be to offer 3G only, rather than LTE. There are separate versions of Snapdragon with 3G and LTE, giving Apple the option of either mobile data technology. From a Google translation of the original China Times article:

As we noted when this rumor surfaced the last time, Apple would seem much more likely to simply use older generations of its existing chip lineup in a cheaper iPhone in order to save on costs, and reliable KGI Securities analyst Ming-Chi Kuo has said that Apple will do exactly that by using the current A6 chip in the lower-cost iPhone while moving on to a more powerful A7 chip in the iPhone 5S.


Sigh. They're not cheap when you buy outright without carrier subsidy.
Score: 18 Votes (Like | Disagree)

Are we going through this again? One is 1.5 years old, the other is almost 3 years old.

What's more expense Apple to completely design a new lost-cost iPhone from scratch, get new machines, research materials OR have Apple sell an iPhone 4 at a reduced price?

I still don't get how a new low-cost iPhone (that will have a slower processor and only 3G) would be cheaper than the already mass-produced iPhone 4. But then again, I'm not an analyst.
Score: 14 Votes (Like | Disagree)

These claims are Page 2 garbage. :cool:

People seem to have trouble imagining that:

1. There's a world outside the U.S.
2. Cell phone market outside the U.S. is siginificant.
3. Pricing in other countries doesn't follow U.S. pricing.
4. In other countries, people may not be paying subsidized prices but rather full prices for their phones.
5. Average selling price of phones may be way different in another country given the average income is lower and the previous fact.

For example, here are prices of some smartphones at a major carrier in India: 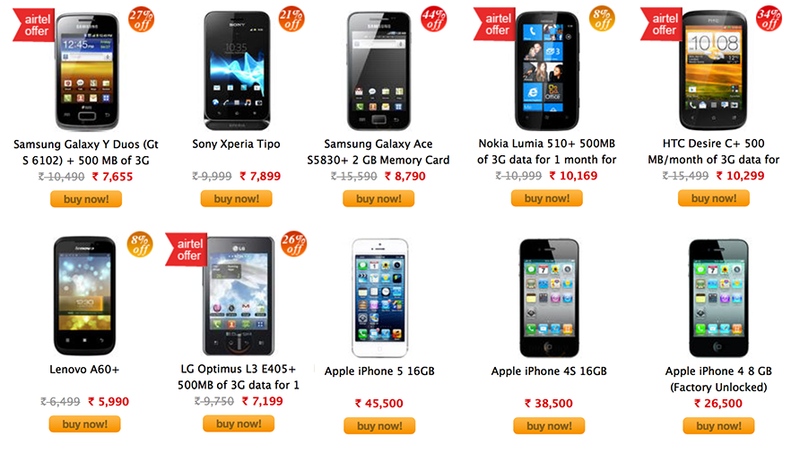 See, even a 8GB iPhone 4 is 3x more expensive than a lot of popular options, and even it (the cheapest iPhone, almost considered obsolete with Apple not giving it new iOS 6 features) is a lot of money for the average Indian to drop on a phone.

By the way, those are not the cheapest smartphones I could find. Those are only brand names (known to americans), but otherwise there were unknown OEMs with way cheaper prices.

No wonder why Android is gaining marketshare in emerging countries with no carrier subsidies. The reality is totally different. A U.S.-centric vision won't allow you to understand the discrepancy of Android popularity in the U.S. and worldwide.
Score: 9 Votes (Like | Disagree)

Are we going through this again? One is 1.5 years old, the other is almost 3 years old.

What would be the difference between a low-tech new iPhone and an old iPhone?
Score: 9 Votes (Like | Disagree)
Read All Comments