Google Glass Can Use iPhone's Data Connection Via Bluetooth

The Verge's Joshua Topolsky has written a lengthy piece about his experiences using Google Glass, the company's new on-face computer.

Google Glass is a tiny computer that mounts to an eyeglass frame and has a small display that is visible only to the user. The wearable device has a built-in camera that sees what the wearer sees, GPS, Wi-Fi, and Bluetooth connections. The glasses can handle many of the same tasks as smartphones, including giving driving directions, sending text messages, showing weather reports and more. 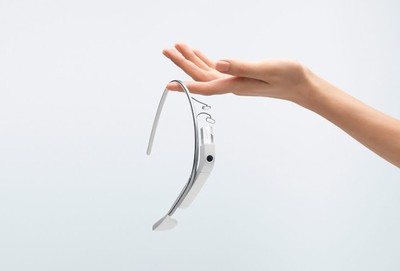 Some potential purchasers were concerned that Glass would only be compatible with Google's Android smartphone operating system, but it appears the device will be able to tether to any smartphone via Bluetooth. Topolsky writes:

The device gets data through Wi-Fi on its own, or it can tether via Bluetooth to an Android device or iPhone and use its 3G or 4G data while out and about. There’s no cellular radio in Glass, but it does have a GPS chip.

nikhsub1
Think whatever you want, at least google is innovating at the moment. Can't say the same about Apple.
Score: 114 Votes (Like | Disagree)

Just my opinion mind you but this is one of the dumbest products ever.

Peace
Just my opinion mind you but this is one of the dumbest products ever.
Score: 52 Votes (Like | Disagree)

Think whatever you want, at least google is innovating at the moment. Can't say the same about Apple.


"innovating" is easier when you are willing to throw anything at the wall and home something sticks.
Score: 50 Votes (Like | Disagree)

Your opinion is wrong.


An opinion cannot be wrong.
Score: 41 Votes (Like | Disagree)

sbrhwkp3
Google is not innovating.

Tuesday May 11, 2021 5:06 am PDT by Hartley Charlton
Apple's next MacBook Air will feature a completely new design and come in a range of colors like the 24-inch iMac, according to leaker Jon Prosser, who has now released supposedly accurate renders of the new machines based on leaked images. In a new video uploaded to YouTube channel Front Page Tech, Prosser elaborated on his previous prediction that Apple's next-generation MacBook Air models ...
Read Full Article • 59 comments

Tuesday May 11, 2021 11:56 am PDT by Joe Rossignol
Last month, Apple introduced a new iPad Pro with the same M1 chip found in the latest Macs, and early benchmark results indicate that the M1 iPad Pro is over 50% faster than the previous-generation iPad Pro. Based on five legitimate Geekbench 5 results (here's the fifth) for the fifth-generation 12.9-inch iPad Pro with the M1 chip, the device has average single-core and multi-core scores of...
Read Full Article • 208 comments