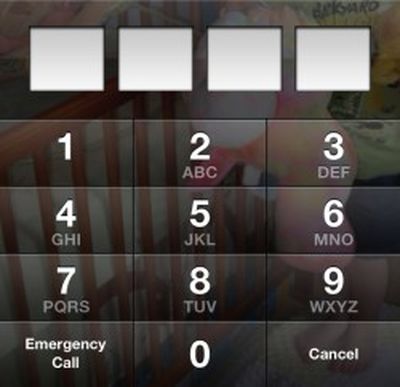 Yesterday, Jailbreak Nation highlighted a bug with iOS 6.1 that allows users to bypass a passcode lock on an iPhone to access the phone function and contacts on the device. While the bug allows only limited access to the device and can require several attempts to achieve the correct timing to exploit, it is gaining significant attention today.

MacRumors encourages users to refrain from experimenting with the technique, as emergency calls that are not canceled soon enough may go through to operators.


The issue does appear to have been present in earlier versions of iOS as well, as Gizmodo points to a YouTube video posted in late January claiming that the method also works on iOS 6.0.1 and 6.0.2.

Similar bugs have appeared in previous versions of iOS, and Apple has generally moved fairly quickly to incorporate fixes into subsequent software updates once it becomes aware of the issues.

Update: One MacRumors reader notes that the technique does not appear to work if the user has turned off the "simple passcode" option to allow for more complex passcodes.

Update 2: AllThingsD notes that while Apple has yet to make an official comment on the issue, "sources close to the company say it is hard at work on a fix."

Update 3: AllThingsD has now updated its report with a response from Apple.

“Apple takes user security very seriously” spokeswoman Trudy Muller told AllThingsD. “We are aware of this issue, and will deliver a fix in a future software update.”

japanime
Oh, please... All that just to bypass a lock screen. Who wastes their time figuring out this stuff?
Score: 72 Votes (Like | Disagree)

BreuerEditor
Whoever has the time to figure out that weird combination of buttons and swipes and timing needs a day job...
Score: 39 Votes (Like | Disagree)

World Citizen
Wait... when you do this... Safari is snappier
Score: 37 Votes (Like | Disagree)

D.T.
7. Stand on one foot
8. Wave iPhone over head
9. Sing "The hills are alive with the sounds of music"

KdParker
Someone has too much time on their hands.
Score: 28 Votes (Like | Disagree)

Oh, please... All that just to bypass a lock screen. Who wastes their time figuring out this stuff?

the person who steals your phone :p

How the focaccia does one work out this stuff?

that's nothing compared to those devs trying to find loopholes in the Os to inject the jailbreak
Score: 14 Votes (Like | Disagree)
Read All Comments

Thursday September 29, 2022 12:38 pm PDT by Juli Clover
Tony Blevins, Apple's vice president of procurement, is set to depart the company after he made a crude comment about his profession in a recent TikTok video, reports Bloomberg. Blevins was in a video by TikTok creator Daniel Mac, who was doing a series on the jobs of people he spotted with expensive cars. After seeing Blevins in an expensive Mercedes-Benz SLR McLaren, Mac asked Blevins what ...
Read Full Article • 644 comments