Apple today posted a new job listing for a Manufacturing Design Engineer with a focus on Advanced Plastic Tooling and Process. According to the job description, Apple is looking to expand and improve its current plastics division.

Identify, develop and launch new tooling and process capabilities in support of new Apple product developments. Areas of focus will be "non-traditional" Apple plastic processing such as thermoforming, foam molding, blow molding, etc., and their application to new Apple products. The successful candidate will have demonstrated history of bringing new process and tooling technologies through a full development cycle and launch into high volume production.

Though Apple has focused heavily on aluminum for the iPad, the iPhone, and the MacBook line for the past few years, the Cupertino-based company has continued to prominently use plastics in such products as the Apple TV, the AirPort Extreme, keyboards, and other accessories.

Recent rumors have suggested that Apple is working on a low cost iPhone that will be constructed primarily of plastic. The iPhone is said to be a hybrid of the iPhone 5 and the iPod touch, with a plastic enclosure.

A new hire specializing in plastics is unlikely to be involved in the design of the low cost iPhone, given that it is rumored to be released later this year, but the open position does support reports that Apple is focusing on novel uses of plastics for upcoming products. 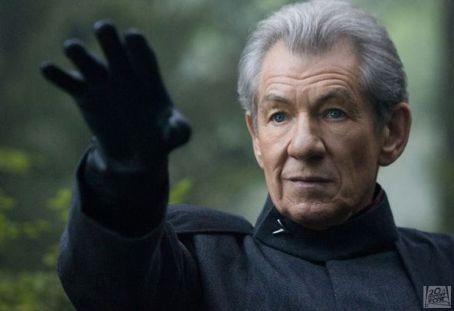 Small White Car
Or the guy that works on the Magic Mouse just quit and they're replacing him.

I'm sorry, but I hate the "a job posting means a new direction for Apple products" stories.
Score: 20 Votes (Like | Disagree)

So is plastic good or bad? I'm confused now..

Duh!! It's durable, beautiful, innovative and magical with pixies and unicorns when Apple uses it. When Samsung uses it, plastic is just cheap crap. :D
Score: 18 Votes (Like | Disagree)

Krazy Bill
I dunno folks... I look at my 4S and marvel at the precision machine engineering that went into the thing.

Plastic meh. Give me rubber... something that bounces on concrete. :(
Score: 16 Votes (Like | Disagree)


I still think that whilst the iPhone 5 is a sexy phone, it'd be nicer with the glossy plastic back of the 3/3s. Nothing wrong with plastic.
Score: 15 Votes (Like | Disagree)

mrsir2009
But Apple would NEVER (again) use cheap, crappy plastic, would they? This would never have happened (even tho it did with the 3GS) if Jobs was still around. :rolleyes::rolleyes::rolleyes:
Score: 13 Votes (Like | Disagree)
Read All Comments

Monday June 21, 2021 7:17 am PDT by Hartley Charlton
Users appear to be underwhelmed by Apple's upcoming iOS 15 and iPadOS 15 updates, according to the findings of a new survey by SellCell. The survey asked 3,000 iPhone and iPad users, evenly split between men and women, aged 18 or over in the United States, what they thought of iOS 15, iPadOS 15, and the naming of the upcoming iPhone 13 lineup. Over 50 percent of all of the survey's...
Read Full Article • 300 comments

Monday June 21, 2021 7:07 am PDT by Joe Rossignol
Following widespread reports that the iPhone 12 mini has experienced poor sales performance, at least relative to other iPhone 12 models, Taiwanese research firm TrendForce today claimed that production of the device has already ended. According to TrendForce, the iPhone 12 mini "reached End-of-Life ahead of time" during the second quarter of 2021, suggesting that Apple will focus on selling ...
Read Full Article • 154 comments