The teardown experts at iFixit have taken apart the new Seventh-Generation iPod Nano, noting how much work Apple's engineers put into making the device as thin as possible. The teardown notes that the battery has a rating of 0.8Wh, more than twice the rating of the prior generation Nano.

The battery, Lightning connector and volume controls are all soldered directly to the logic board. The button cable and headphone jack are attached as well. The site does note that the LCD and digitizer glass are not fused together, allowing replacement of either component individually.

Overall, iFixit found the new iPod nano to be fairly difficult to repair as many components are soldered directly to the logic board. The battery appears to be particularly difficult to replace. The revelation is not a surprise, as Apple does not intend its mobile products to be user-serviceable and the company's efforts to push the limits of design and size reduction have led it to sacrifice accessibility.

iFixit has also taken apart the Fifth-Generation iPod Touch, as well as the iPhone 5.

HishamAkhtar
What if I want to add extra RAM or change the SSD?! :eek:
Score: 14 Votes (Like | Disagree)

appleguy123
Every time Apple updates the nano, I get the feeling that they don't know where they want to go with it.

At first it was a smaller iPod classic, resulting in the 5th nano, which was the best of the product we've seen so far IMO.

Then it became a bigger iPod shuffle, and many of the features in the 5th gen were removed, but people became excited about the possibility of smart watches.

Now it's a smaller iPod touch with none of the things that make the touch great(App Store, camera, web browsing, wifi)?

It just seems that Apple is keeping the nano around simply for the legacy of it.

It also seems that those who just want a music player that's light and pocket/armband friendly are still best served by the 5th generation Nano.
Score: 13 Votes (Like | Disagree)

Junipr
How is TI supplying parts for the new Nano when they're still producing and selling these: 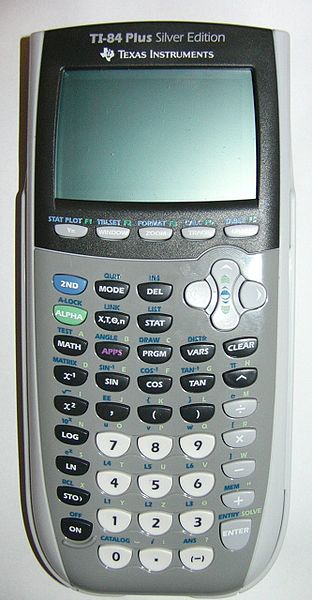 adildacoolset
Apple is doomed! I want an SD card slot, a full sized HDMI port, am 8 MP camera, a boatload of customisation and bloat ware, a 5 inch screen, and a removable battery. Then I'll consider the new nano
Score: 9 Votes (Like | Disagree)

ValSalva
The iPod Nano and the retina MacBook Pro can be repaired and recycled by Apple. iFixit is throwing tantrums because they can't fix them? iFixit needs to get over itself.
Score: 8 Votes (Like | Disagree)

FFArchitect
In ten years when the collective components are the size of a postage stamp will anyone still care if it's user-servicable?
Score: 8 Votes (Like | Disagree)
Read All Comments

Friday February 26, 2021 3:35 am PST by Tim Hardwick
Microsoft co-founder Bill Gates this week participated in his first meeting on Clubhouse, the increasingly popular invite-only conversation app, where he fielded a range of questions as part of an ongoing book tour. Gates was interviewed by journalist Andrew Ross Sorkin, and given that the Clubhouse app is currently only available on iOS, naturally one of the questions that came up was...
Read Full Article • 284 comments

Saturday February 27, 2021 6:00 am PST by MacRumors Staff
March is right around the corner, and that means our first good opportunity for Apple product launches in 2021 as the company frequently has significant launches in March or April each year. We're hearing rumors about MacBook Pro, iMac, AirPods, and more, although many of these will be coming out at different times over the course of the year. This week also saw a macOS update to address a ...
Read Full Article • 29 comments

Saturday February 27, 2021 7:05 am PST by Juli Clover
HomeKit was slow to take off after its 2014 launch, but now that it's been around for seven years, there are hundreds of HomeKit products available, ranging from doorbells and speakers to TVs, lights, and cameras. In our latest YouTube video, we rounded up some of our favorite HomeKit products that we find most useful. Subscribe to the MacRumors YouTube channel for more videos. HomePod...
Read Full Article • 98 comments

Friday February 26, 2021 3:57 pm PST by Juli Clover
Apple today sent out emails to developers who are in possession of a Developer Transition Kit, asking them to return the machines by March 31. The Developer Transition Kits are Mac minis with A12Z chips that Apple provided for development purposes ahead of the release of the M1 Macs. Apple in the emails provided developers with shipping instructions, and plans to begin collecting the DTKs...
Read Full Article • 162 comments

Tuesday February 23, 2021 7:07 am PST by Hartley Charlton
Over the past week, some M1 Mac users have been reporting alarming SSD health readings, suggesting that these devices are writing extraordinary amounts of data to their drives (via iMore). Across Twitter and the MacRumors forums, users are reporting that M1 Macs are experiencing extremely high drive writes over a short space of time. In what appear to be the most severe cases, M1 Macs are sai...
Read Full Article • 693 comments