The Apple Store Passeig de Gracia is opening soon in Barcelona, Spain. However, instead of the traditional black plywood walls that are generally put in front of store locations under construction, Apple has elected to be a bit more vibrant: 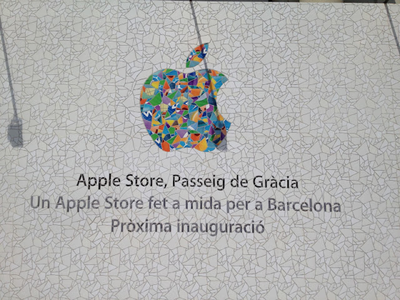 In a style honoring Catalan architect Antoni Gaudí, Apple has made a Trencadís mosaic with a brilliant multi-colored Apple logo and a number of other fanciful designs that appear to be inspired by iOS app icons.

Apple will open in a few days the new Apple Store in downtown Barcelona. Will be the second biggest one in Europe and a surprising logo has been discovered today featuring an Antoni Gaudí Style -the iconic Barcelona architect, master of the Sagrada Familia.

The new store is located on Passeig de Gràcia in Barcelona, near Casa Batlló and Casa Milà, two famous buildings by the architect.

iPordelante has a number of other photos from the store.

Carlanga
The link is great

This is an actual tile mosaic, not printed!

The colors used in the whole billboard are colors of the apple apps used in iOS. For example the blue color is actually a bunch of Safari icon tiles broken and put randomly in sequence and so on :cool: 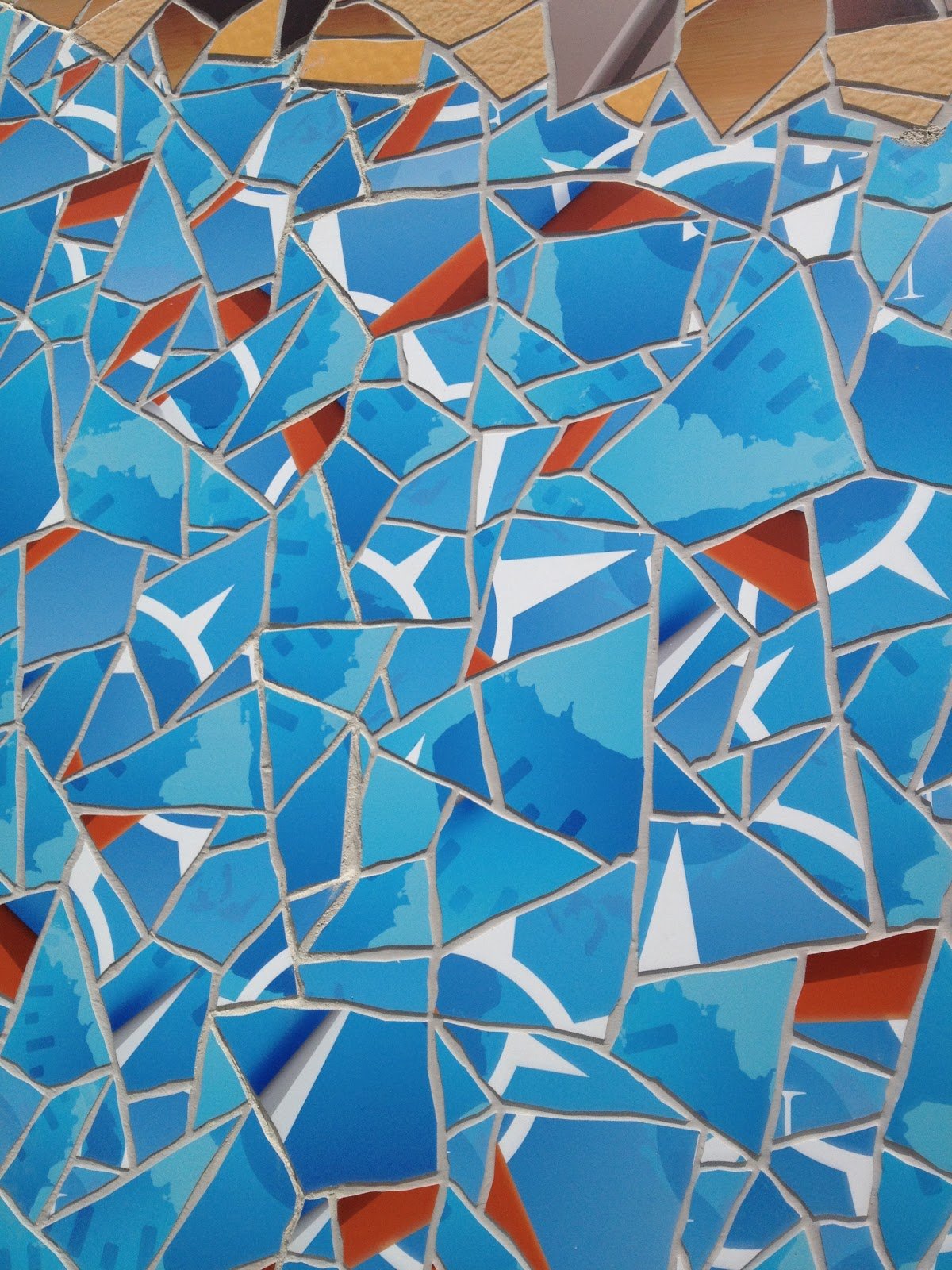 Drunken Master
Wow, clicking through is worth it, some awesome stuff.

How can you sell a premium brand in a country that's broke,
with 25% unemployment and a 40% unemployment for young people? :confused:

:) That explains why I couldn't translate it! I speak Spanish, but not Catalan...Is that the norm in Barcelona? I would have thought they would use Spanish as the primary language or is it just an Apple being "Different" again..:D

Without getting too much into it, the Catalan are an ethnic group in northern Spain -- some support Catalan independence from Spain and there is a distinct identity different from that of the Spanish. It's not unlike the Quebeçois versus the Canadians.

They have a different language and would consider a sign by Apple in Spanish to be insulting. Apple has long had signs in its Barcelona stores in Catalan.
Score: 3 Votes (Like | Disagree)

Trauma1
Reminds me of the orange coverings for the Amsterdam store.
Score: 3 Votes (Like | Disagree)

iMikeT
This is awesome. It would be even better if Apple did more localization in the future. How about one with palm trees and a beach for us here in California?
Score: 3 Votes (Like | Disagree)
Read All Comments