Earlier today, we noted that Apple's App Store was experiencing issues with corrupted binaries affecting dozens of newly-updated apps over the past few days. While in many cases the corruption is resolved a few hours after an updated app becomes available, TechCrunch reports that Apple has now officially acknowledged the issue in its developer forums and is working on a broader fix.

According to our developer sources, Apple has now responded to numerous complaints in its Developer Forums with a brief statement posted by username “iTunesConnect.”

The statement reads: “We are aware of the issue related to apps crashing after update. We are currently working on resolving the issue. Stay tuned for updates.”

Apple is also emailing developers regarding the issue and including contact information for support issues, with one developer who was able to speak to a support representative being told that Apple has a dedicated team working on the issue. More details will be made available as Apple investigates the problems.

Update: Apple has now issued an official statement to AllThingsD:

“We had a temporary issue that began yesterday with a server that generated DRM code for some apps being downloaded,” Apple said in a statement to AllThingsD. Apple said it affected only a small number of users.

“The issue has been rectified and we don’t expect it to occur again,” Apple said. Those who have an affected app can re-download it from the App Store.

Update 2: Macworld reports that Apple will be removing one-star app reviews given by users as a result of the issue.

Update 3: As noted by MacStories, Apple has apparently removed all reviews stemming from the corrupted versions of the apps.

Yeah, it's pretty good but not as good as Google's Play Store which never had similar issues.

Oh come on, bring in the Fandroids now.......Really? Care to elaborate? :rolleyes:
Score: 8 Votes (Like | Disagree) 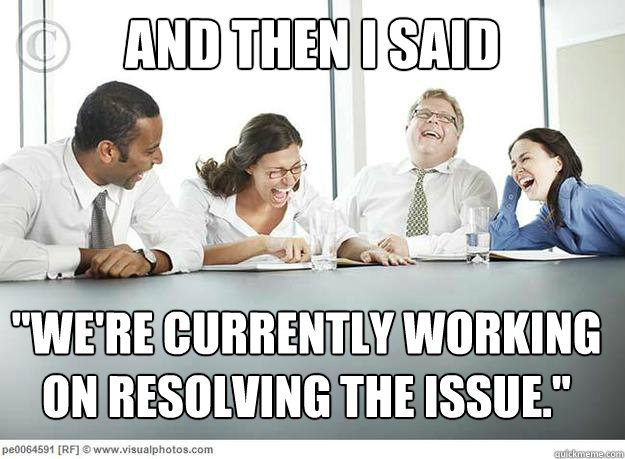 acidblue
If it were the 90's

If this were the 90's I'd guess someone uploaded the files to an FTP server in ASCII mode, :D
Score: 7 Votes (Like | Disagree)

seamer
The Higgs Boson was announced, and due to quarks and being measured it's started to cause the end of the world. Starting with the source of all happiness and love and joy.
Score: 7 Votes (Like | Disagree)

bobobenobi
I realize I'm feeding a troll here, so apologies up front.

As we learned today (not really a revelation - just a confirmation), malware can get into App Store just as easily as it can to Play Store. So, let's compare two ecosystems.

With Apple, you get lucky if the app you like gets approved in a first place.


How would one know if they like an app before it's released?

And if it does get approved, then you should pray that App Store does not corrupt it.


Yeah, I can see how people would pray for something not to happen that hasn't happened in over five years.

And if it does not corrupt the app, you should pray that it's not a malware.


Again, we're talking about the first occurrence in millions of cases. No need for prayer here.
Score: 6 Votes (Like | Disagree)

Well, obviously you are trying to use misdirection here. Those are totally different problems that have nothing in common with the store corrupting the apps. As we learned today (not really a revelation - just a confirmation), malware can get into App Store just as easily as it can to Play Store. So, let's compare two ecosystems.

With Android you have just one of these three problems.


While they are 2 very diff problems your reasoning is a little flawed.

1. As long as you follow the rules your app will be approved 99% of the time. I will admit apple is pretty controlling about its rules but that is the reason most iphone apps look and work 2x better than google apps.

2. As for the corruption this is a new thing and lets hope short lived thing. This is nothing compared to the horrible fragmentation that occurs on android. The dl might as well be corrupt tbh.

3. This is the first case of malware I have seen on the app store compared to hearing about quite a few others on android.

I am no huge Apple fan and while I hate that they never communicate with devs or customers for that matter its impossible to say the google store is better or safer than the itunes app store.
Score: 4 Votes (Like | Disagree)
Read All Comments