In a new research note published today, Topeka Capital Markets analyst Brian White points to a new report from Chinese business site 21cbh.com claiming that Foxconn/Hon Hai has accelerated its schedule for ordering television-sized LCD panels from Sharp, fueling speculation that the panels are destined for an Apple television set that could debut in time for the holiday shopping season this year. Foxconn and Sharp announced a partnership earlier this year to advance LCD technology, a move some observers have seen as closely tied to an Apple television set.

This morning, the Chinese character version of 21cbh.com indicated in an article that Hon Hai Precision expects to start receiving LCD TV panel orders from Sharp in 3Q12 instead of 4Q12 as was originally planned. Recall, Hon Hai invested in Sharp earlier this year to secure LCD panels that we believe will largely support a new Apple TV. Based on a recent interview by 21cbh.com with a Sharp executive and information from sources at the company, the online news source believes the order is for the new Apple TV and could be available for the holiday season. In our view, a holiday launch would make for a very merry holiday season for Apple and consumers. However, we will continue to monitor the data points surrounding the timing of this launch as they could change.

In his new note, White also reiterates his claims from earlier this month regarding Apple's use of Kinect-like motion sensing technology for controlling the forthcoming television set, with the device also including an iPad-like touchscreen remote.

White continues to be one of the most optimistic analysts regarding Apple, maintaining his 12-month price target for the stock at $1,111. He believes that Apple could generate $10 billion in revenue from its television set in the first year, operating under the assumption that Apple's device will command a higher price than its competition's products and that the company will be able to grab 2% of the LCD television market in its first year.

charlieegan3
Need some new mockups, that picture is getting boring on every apple tv set story.
Score: 22 Votes (Like | Disagree)

Need some new mockups, that picture is getting boring on every apple tv set story.


I would be extremely happy if it looked something like this: 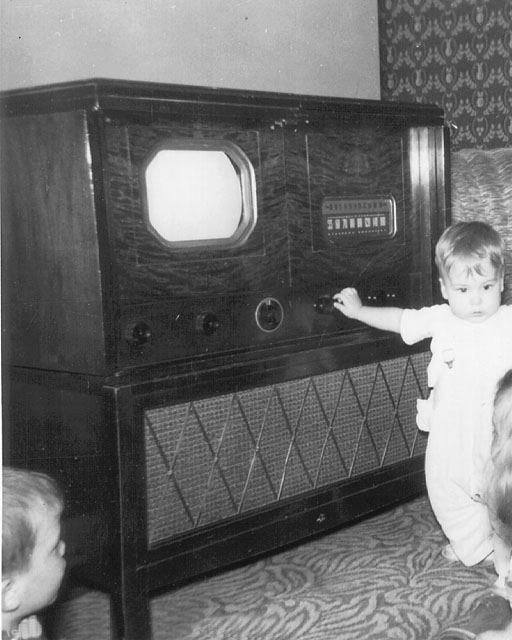 How forward looking, but I'm guessing that Apple will be a bit more conservative with an opening bid of 720p

Why is that whenever Apple looks into larger displays, it has to be a new AppleTV? Why not the more obvious answer of a new Cinema Display? After all, a new 4Kish display for Pro users and one to compliment the new MacBook Pro would make sense.
Score: 14 Votes (Like | Disagree)

RobertMartens
Actually when 720p 49" display is viewed from a distance of 3 meters it has the adjusted dpi of over 300 which makes it qualify as a 'retina display'
Score: 12 Votes (Like | Disagree)

Darth.Titan
I still maintain that Apple has no cause to get into the very saturated television market. There's no way Apple can compete with existing sets pricewise, plus there's nothing they can do with their own brand television that they couldn't do with an add-on box like the AppleTV.

What about screen size? Are they going to have different options for different needs? We know how Apple has been historically about options, and you can't enter the television market with just one or two sizes available and expect to make everyone happy.

Even the hardcore Apple fans I know aren't going to run out and replace their televisions just because Apple starts making one, I don't care what "killer feature" it has. The TVs in my house are all doing the jobs they're intended to, and I'll only replace one when that changes. Not before.

I firmly believe that if Apple starts selling a television, it's going to be one of their occasional duds. I'm sure the tech will be impressive, I just don't think they're going to be selling them by the truckload like they're used to doing with iPhones and iPads. An Apple Television just doesn't make sense. I just don't think Apple can make any money off of it.
Score: 9 Votes (Like | Disagree)
Read All Comments

Friday February 26, 2021 3:35 am PST by Tim Hardwick
Microsoft co-founder Bill Gates this week participated in his first meeting on Clubhouse, the increasingly popular invite-only conversation app, where he fielded a range of questions as part of an ongoing book tour. Gates was interviewed by journalist Andrew Ross Sorkin, and given that the Clubhouse app is currently only available on iOS, naturally one of the questions that came up was...
Read Full Article • 232 comments

Tuesday February 23, 2021 7:07 am PST by Hartley Charlton
Over the past week, some M1 Mac users have been reporting alarming SSD health readings, suggesting that these devices are writing extraordinary amounts of data to their drives (via iMore). Across Twitter and the MacRumors forums, users are reporting that M1 Macs are experiencing extremely high drive writes over a short space of time. In what appear to be the most severe cases, M1 Macs are sai...
Read Full Article • 664 comments