Elder Scrolls MMO Coming to the Mac in 2013 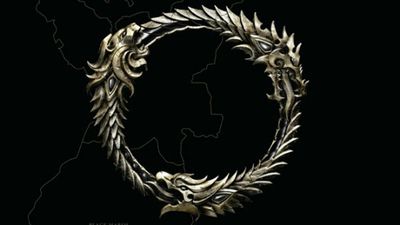 The Elder Scrolls Online massive multiplayer online game will arrive on the Mac and PC in 2013, reports Game Informer magazine.

Long rumored and much anticipated, The Elder Scrolls Online is finally being unveiled in the June issue of Game Informer. In this month's cover story we journey across the entire land of Tamriel, from Elsweyr to Skyrim and everywhere in between.

Developed by the team at Zenimax Online Studios, The Elder Scrolls Online merges the unmatched exploration of rich worlds that the franchise is known for with the scale and social aspects of a massively multiplayer online role-playing game. Players will discover an entirely new chapter of Elder Scrolls history in this ambitious world, set a millennium before the events of Skyrim as the daedric prince Molag Bal tries to pull all of Tamriel into his demonic realm.

More details for the game will be forthcoming, including in the June issue of Game Informer.

Frozzie
Please. can Oblivion and Skyrim come native to mac as well?

Don't want Feral or Aspyr to make a port.
Score: 13 Votes (Like | Disagree)

Watabou
It would be nice if they brought Skyrim to the mac as well.
Score: 7 Votes (Like | Disagree)

NAG
Have to say I was shocked to hear about the Mac port. I'm used to having to beg for an eventual port (only to know that it will never happen).
Score: 5 Votes (Like | Disagree)

Please. can Oblivion and Skyrim come native to mac as well?

Don't want Feral or Aspyr to make a port.


I'd rather have Feral do it. They make excellent ports. If Bethesda did so it would most likely be Cider.
Score: 4 Votes (Like | Disagree)

Jarson
My life will curse this game definitely.
Score: 4 Votes (Like | Disagree)

It is always pleasing hearing good titles come over to OS X, even though it may have been many of years.

There needs to be more companies like Blizzard who release big titles simultaneously on both Windows as well as OS X. I wonder how many more sales a modern game would have for Mac if it were released at the same time.

While I dislike defending the drought of ports, often times the game engines running the games aren't even compatible with OS X (e.g. Star Wars: The Old Republic's HeroEngine is not). Honestly, I'd be happy if companies would at least give a straight answer of "no never", "yes but later and you won't get a free copy if you buy the windows version", "yes and you get a free/discounted copy" or something other than deafening silence or maybes. Because as far as I'm concerned those later answers usually mean "we'll port it years later when we need some more cash and no one on the PC side will buy it for full price" which is a bit insulting.

Edit: And no offense to the mac porting houses. It isn't their fault.
Score: 3 Votes (Like | Disagree)
Read All Comments