Mobile analytics company Flurry reports that activation of new iOS and Android devices in China has surpassed the U.S. for the first time. 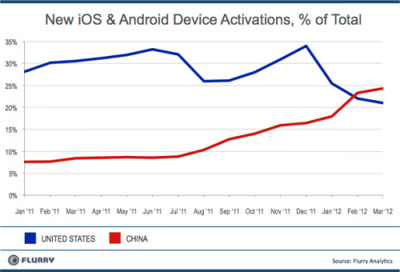 While the data shows combined iOS and Android data, it reflects the same audience of smartphone buyers. Apple has been making efforts to expand their presence in China. They even included a number of China-specific features in their upcoming Mountain Lion release.

In addition, reflective of the increase in activations, China was also the fastest growing country in app usage as measured by app session growth.

Mr. Gates
A little tip for all Americans going forward ... 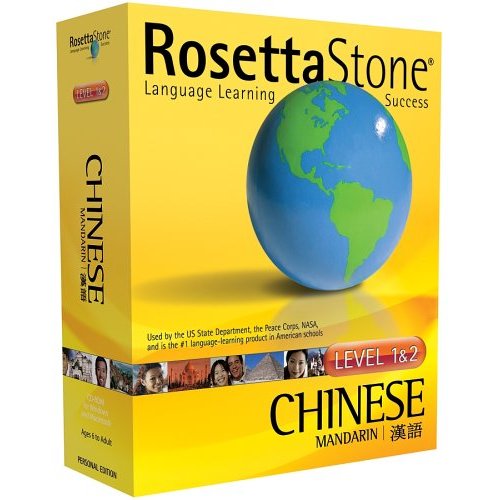 MultiMediaWill
Keep in mind how many people live in china.
Score: 5 Votes (Like | Disagree)

KPOM
This isn't too surprising. IDC had predicted China would become the largest smartphone market in 2012. I guess this is just the sign that it really is 2012 already.

That said, we'll be seeing lots of this over the coming years (i.e. China becoming the world's largest market for "X"). It will be a sea change after 70 years of American consumer dominance, but it doesn't have to mean the end of American influence.
Score: 4 Votes (Like | Disagree)

Grimace
If AAPL wants to continue its record growth, China is the next big frontier...
Score: 4 Votes (Like | Disagree)

A little tip for all Americans going forward ...

So how many colonies exactly does England still rule over?;)


I wouldn't say too much, your location indicates that you are in a country that invaded most of Europe, Russia and Africa and then lost it all again within 6 years!
Score: 3 Votes (Like | Disagree)
Read All Comments