Qualcomm today announced the launch of its fifth-generation Gobi reference platform that seeks to pack support for nearly all of the major worldwide mobile standards into a single chip. While the reference platform is not ready in time for inclusion in the iPad 3, it does pave the way for future world-mode iOS devices and is targeted at ultra-thin notebooks and tablets.

Based on Qualcomm’s Gobi 4G LTE wireless baseband modems, the MDM9615™ and MDM9215™, the technology delivers fast LTE connectivity on FDD and TDD networks worldwide, with backwards compatibility to both HSPA+ and EV-DO networks. This will allow support for regional LTE frequencies with backwards compatibility to existing 2G/3G technologies, allowing Gobi 4G LTE devices to connect to the faster LTE network locally and stay connected to the Internet globally on 3G networks worldwide. [...]

Gobi offers a layer of software enhancements on top of Qualcomm's MDM chipsets in order to streamline wireless connectivity across technologies. 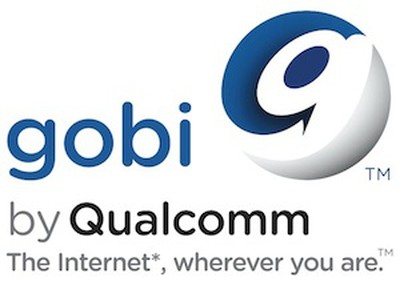 Apple has held off on supporting LTE so far because the technology has simply not been available in a single-chip solution meeting Apple's size and power requirements. But with Qualcomm's new single chip designs now making their way to availability, Apple has options that suit its design and performance goals for future devices.

While the identity of the LTE wireless chip in the iPad 3 has not yet been revealed, Qualcomm's roadmap suggests that Apple may be looking to use the MDM9600 (or MDM9615) in the iPad 3. For the iPhone 5 due later this year, Apple would likely utilize the MDM9615, which does pack voice capabilities onto the LTE chip.

1080p
Maybe this is the same chip that T-Mobile was referring to when they talked about iPhone 5 likely being compatible with their HSPA+ AWS 1700 network.
Score: 4 Votes (Like | Disagree)

Diode
Also noted it supports TD-SCDMA, a likely candidate to enable the next iPhone to used with China Mobile. Opening the iPhone to an additional 650 million people.....


Current LTE chips are data only (IE in order to use both data and voice at the same time, the phone would require two radios to be on at the same time, sucking down power) - as carriers begin supporting voice on LTE, this will come in handy.
Score: 3 Votes (Like | Disagree)

Pack 'em all in, on the same chip! Reminds me of the great blackout of how- many-years-ago, in the Northeast. My wife and I by chance were in Niagara-on-the-lake Ontario, at a play; the lights flickered, but that was it. Over a relaxed dinner, we learned of the entire East Coast being blacked out, except for our town. Likely when Niagara Falls was first harnessed, there was a local line, just to Niagara-on-the-Lake, and it was folded into the later networks. But still with its local wires! My chip will still have the original on it, when everything else folds....


Dude, We turned on our air conditioner and the power grid went down at that exact moment. it was FREAKY AS HELL
Score: 2 Votes (Like | Disagree)

But what about the patent licensing? Is it intact?


Yes but MotoMobile are drafting a letter as we speak ;-)
Score: 2 Votes (Like | Disagree)

Seriously? Its so you can talk to people using your phone.
Score: 2 Votes (Like | Disagree)
Read All Comments

Friday May 14, 2021 11:52 am PDT by Juli Clover
Following the discontinuation of the iMac Pro, Apple also appears to be discontinuing Space Gray "Magic" accessories that it sold separately alongside the iMac Pro. The iMac Pro was the only Space Gray Mac, and Apple designed special matching accessories for it. The Space Gray Magic Mouse 2, Magic Keyboard, and Magic Trackpad all now say "While supplies last" in small wording at the bottom...
Read Full Article • 369 comments