VentureBeat reports that Sony will be bringing its "Music Unlimited" streaming service to the iPhone and iPod touch within the next three months, looking to make inroads into Apple's ecosystem that has been dominated on the music side by iTunes.

The electronics company will offer a free iPhone and iPad app for Music Unlimited at some point this quarter, Tim Schaaff, head of Sony Entertainment Network said today at a small CES media gathering.

Additionally, the iOS app will offer offline caching for subscribers to Sony’s service, allowing users to save their playlists for listening when away from a network connection.

Sony introduced its Music Unlimited service nearly a year ago and garnered some attention when a company executive suggested that Sony Music could pull its content from the iTunes Store if Music Unlimited proved successful, although another Sony executive disputed that notion soon after. 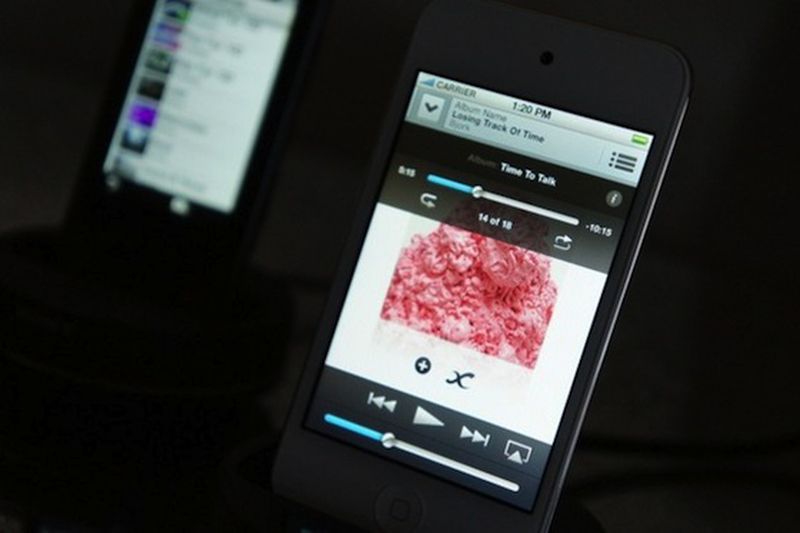 As a subscription service, Apple would take a 30% cut of a revenue from subscriptions generated through an iOS app from Sony. But Apple's scaled-back subscription rules that went into effect last year would allow Sony to still offer an app without having to share revenue with Apple as long as the app itself does not allow subscription signups and does not contain any external links to sign up for service outside of the app.

Nobita
Don't they realise that people wants to buy and download music? Isn't that the whole point of iTunes store? Go and watch Jobs's keynote on youtube.
Rating: 3 Votes

How does this stack up against Pandora and Spotify?


Really its 2 different services. Pandora is like radio you pick a station. Spotify/Sony music you pick any song you want
Rating: 3 Votes

whats up with the giant CARRIER at the top left? its an iPod touch.

Larrywb
I'm happing with buying the music I really like, listening to radio in car, and listening to Pandora at home. I don't see a need for Spotify or Sony for myself.
Rating: 2 Votes

I welcome competition. I don't rent my music, but it's nice to have the choice. Also drives prices down. Competition is good. Waiting for Google Music to appear.


The "competition is good" mantra, even repeated ad infinitum, carries little to no meaning when the competition just isn't viable.

All this sort of competition achieves is waste and redundancy.
Rating: 2 Votes

dvwtwo
I don't get it. All these minor also-ran music services - how many subscribers can they possibly have? Who's using them?
Rating: 2 Votes

furi0usbee
I welcome competition. I don't rent my music, but it's nice to have the choice. Also drives prices down. Competition is good. Waiting for Google Music to appear.

5aga
I'll stick with Rdio, they have a pretty good collection and also I hate Sony's greedy a$$es
Rating: 1 Votes

paul4339
How does this stack up against Pandora and Spotify?
Rating: 1 Votes

websyndicate
I use Spotify all the time now. If I want new music I can surf all I want legally and for 10 dollars a month I can easily afford that. 10 dollars isnt cheap for all but I see value in the service. You would really have to try Spotify to know how good the service is. I highly recommend it. i dont even use the iPod app anymore
Rating: 1 Votes
[ Read All Comments ]