In a bit of an interesting move, Apple has removed its Texas Hold'em game from the App Store, potentially marking the end of the only game Apple ever produced on its own for the App Store.

Texas Hold'em began life as a game for non-iOS iPod models, debuting in late 2006. As Apple introduced the iPhone just a few months later, rumors circulated that Apple was getting serious about gaming, in part evidenced by its in-house work on Texas Hold'em for the iPod.

When Apple officially launched the App Store for the iPhone and iPod touch in 2008 to allow third-party developers to create apps for iOS, Texas Hold'em appeared as a debut title with greatly enhanced functionality over the traditional iPod version, further fueling claims of Apple's interest in pursuing game development of its own.

Apple's early interest in producing its own games for the iPod and later iOS appear to have stemmed from concerns over its ability to attract third-party developers to the platform, or at least to provide those developers with an example of what could be done on the devices. As large developers such as EA and Gameloft and a host of smaller developers all flocked to the platform, Apple undoubtedly quickly discovered that it did not need to support its devices with its own gaming content.

Unsurprisingly, Apple has not released any information on the reason behind the disappearance of Texas Hold'em, which sold for $4.99 and was last updated in September 2008. A dedicated page about the game remains active on Apple's site at this time, although it is not featured on or linked to from other App Store pages on the site.

EvanLugh
Shame, i enjoyed this game as it was very well polished. Hopefully they've just pulled it temporarily.
Score: 11 Votes (Like | Disagree)

ProVideo
The game looks dated like a CD-ROM game from 1996. I'm sure it didn't live up to Apple's standards anymore when compared to what else was available. Most of the reviews in the past year were bad anyways and complaining about how it hasn't been updated.
Score: 8 Votes (Like | Disagree)

I just ena apple support, requesting reimbursement for the $4.99 I spent on this app. Will post once I receive a response.


You likely won't get a refund. Especially if you bought it back when it first released.

The TC says all sales are final. It also says that apps could be removed from the store for a number of reasons including the developer wants it removed. It doesn't stop working if it is removed from the store after all. Also the version of iOS it was made for is rather clear from the last update date, the requirements etc so it is isn't working so awesome you should have been able to guess that could happen from the last update being 3 years ago.

Basically you have zero grounds to demand a refund, you won't likely get one and they will probably politely say no and suggest you read the TC you agreed to when you created your account and many times since then. Yeah yeah you didn't bother reading it any of those times. You still agreed to follow them.
Score: 4 Votes (Like | Disagree)

Here are some reasons:
- Apple does no longer see iDevices as gaming devices. (http://www.appleinsider.com/articles/09/11/06/doom_game_creator_suggests_apple_embarrassed_about_iphone_gaming.html)

Small White Car
Makes sense. This doesn't seem like a business Apple would really be interested in other than the fact that they wanted to make iPods more appealing.

I think it's safe to say that the app store doesn't need any help on that end any more.
Score: 4 Votes (Like | Disagree) 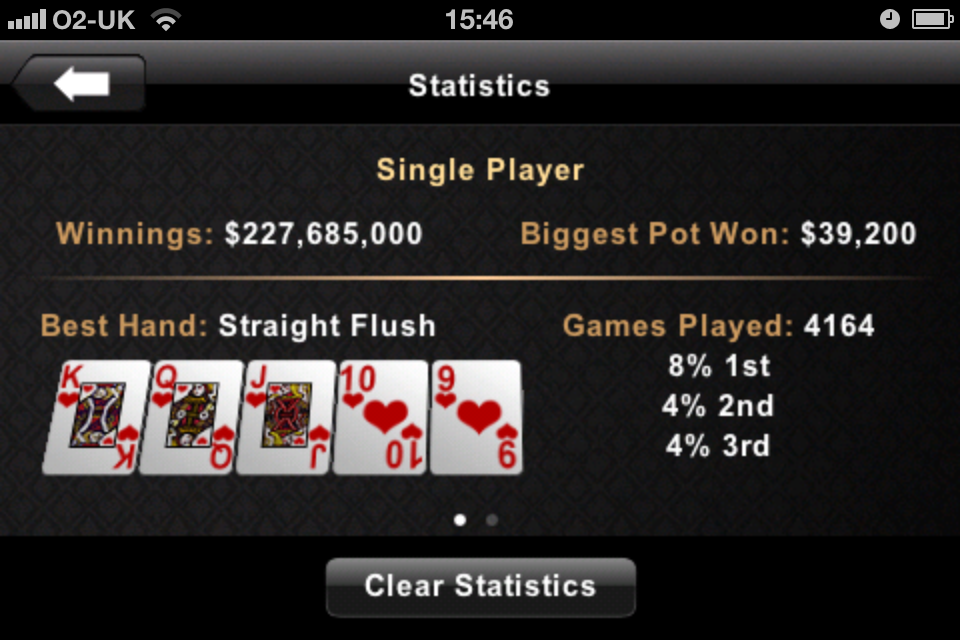 Damn. I play this all the time and was hoping for an update soon. It's hasnt worked properly for a while now. Winning a table and taking 12BB to the final is no good to anyone.
Score: 3 Votes (Like | Disagree)
Read All Comments

Wednesday January 13, 2021 1:16 pm PST by Juli Clover
CES 2021 is taking place digitally this year, and it hasn't been as exciting as in past years because many vendors have opted out. That said, some companies are still showing off some interesting Apple-related accessories that are coming out this year and that will be of interest to Mac, iPad, and iPhone users. Subscribe to the MacRumors YouTube channel for more videos. Pioneer Wireless...
Read Full Article • 15 comments

Wednesday January 13, 2021 4:08 am PST by Tim Hardwick
Apple today announced a set of new projects as part of its $100 million Racial Equity and Justice Initiative (REJI) to help dismantle systemic barriers to opportunity and combat injustices faced by communities of color. Rendering of the Propel Center The projects include the Propel Center, a global innovation and learning hub for Historically Black Colleges and Universities (HBCUs), an Apple ...
Read Full Article • 525 comments