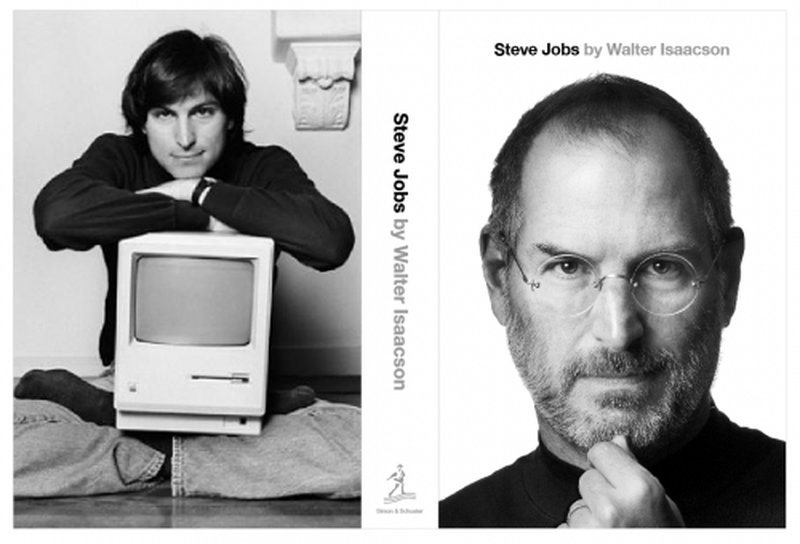 PCMag.com reports that Steve Jobs' authorized biography, initially slated for a March 2012 release but recently bumped up to a November 21st debut, will be updated to include details on his resignation as Apple CEO yesterday. The changes will not result in a delay for the book's release.

Simon & Schuster spokeswoman Tracey Guest told PCMag that Isaacson "speaks to Jobs regularly and is still working on the final chapter of the book."

The biography, simply titled "Steve Jobs", is the first authorized look at Steve Jobs' life. It is being written by former Time managing editor Walter Isaacson and is based on over 40 interviews with Jobs and additional interviews with over 100 colleagues, friends, and family members. Jobs has offered his complete cooperation with the effort, making no subject off-limits and not requesting the right to review material before publication.

wrkactjob
Are there any leaked photos of book parts? I hear covers are already available in China, might give indication to size etc....will you just be able to hold it like an iPad?
Rating: 7 Votes

wiredx
Hmmmm should i wait for the second edition? Unconfirmed sources are saying it will come with more pages and a full color cover:D
Rating: 7 Votes

ArztMac
CANNOT WAIT to get this!

allmanbrother
I just hope people are satisfied with what they hear in the book and can stay out of his personal life afterward.
Rating: 6 Votes


Yeah...right. How diabolical. He planned to get a life threatening illness (one has to think that his health has taken a drastic turn for the worse) that would force him to resign his position at the company he loves so he can push book sales. Brilliant analysis.
Rating: 5 Votes

Putzi360
I really had to look twice, if it really was a toilet paper dispenser in the back of the rear cover photograph.
Rating: 5 Votes

kolax
That's good - this is a major part of his life, and it would suck to have the book end without getting more insight from Jobs about how he felt about it all.
Rating: 5 Votes