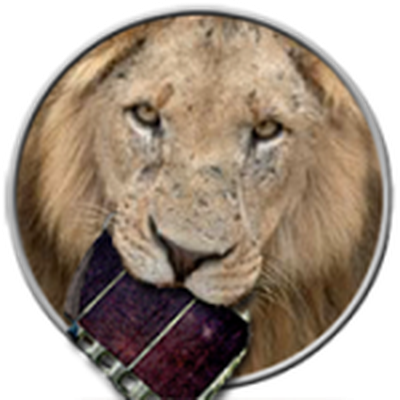 Techspansion, Tyler Loch's now-defunct company that created VisualHub, has released a small update to the software to allow it to run properly -- for the moment -- under OS X Lion.

VisualHub was a very popular OS X application to convert video files to any number of formats, including optimizing video for iTunes, WMV, or Flash. In 2008, Tyler closed the company and stopped selling or supporting VisualHub or Techspansion's other products.

When VisualHub broke with the release of Lion, Loch released a very slight tweak that would allow VisualHub to work once more, but required some technical knowledge to implement. Techspansion's old payment processor, Kagi, began selling a $5, unauthorized, Lion updater for VisualHub that implemented the same fix, but in a much more user-friendly manner.

Loch was very upset with this unauthorized use of his code, and was especially displeased because Kagi used his old customer records to email every user who had purchased VisualHub through them. Once Loch expressed his unhappiness, Kagi stopped selling the update and Loch released the last official update for VisualHub on his website, with this note:

It's been nearly three years since Techspansion closed and these programs were last maintained.

VisualHub and AudialHub are no longer supported. And they won't last forever. Whatever breaks from here on out will be the end, sadly. I hope this update squeezes a little more life out of these two apps for you.

Loch does continue to write Mac apps, with his app FlashFrozen, which notifies users when Flash uses too much of their CPU power, available on the Mac App Store for $0.99.

kolax
The drag drop and no fuss with VisualHub is why I still use it. I dislike HandBrake's queuing system, and its clunky interface.

Never had audio sync issues with VisualHub either. I wish he'd keep working on it..
Score: 4 Votes (Like | Disagree)

any recommendations to video converters that are still being maintained & updated that actually work well? handbrake also stopped @ v.0.9 something


Handbrake is still actively being developed. They have released nightly builds for a good bit of time now. These come w/ the caveat of not guaranteed to be stable, but I've had no issues w/ using them. Here's the build history: https://build.handbrake.fr/builds and here is the download page for the nightlies: https://build.handbrake.fr/
Score: 2 Votes (Like | Disagree)

So instead with other phones, mp3 players & tablet, you need to convert every movie first to copy & play on an iOS device , but there is no software on osx to do that?


There's plenty of software to do that. VisualHub just happens to be a program that several people like using as it has a great UI and is fairly simply. Unfortunately, the programs creator decided to move onto other things and thus will not be supporting it any more. As others have mentioned in the thread Handbrake is another popular program that is still being developed and there are countless other options too.
Score: 1 Votes (Like | Disagree)

mike457
Handbrake does get regularly updated if you go for the nightly builds (https://build.handbrake.fr/). While these are not officially supported, they work well and often add features. I only download when the sun is present! :)
Score: 1 Votes (Like | Disagree)

GeekLawyer
That's really decent of him to offer the fix.

I've found nothing (yet) that replaces the ease of use and functionality of VisualHub. Though, to be honest, with it working so well until Lion, I haven't needed to.
Score: 1 Votes (Like | Disagree)
Read All Comments