Last week, Apple was granted a preliminary injunction (since partially suspended) preventing Samsung from selling its Galaxy Tab 10.1 in all countries of the European Union except the Netherlands following a complaint of intellectual property infringement. The Netherlands was specifically excluded from the case because Apple had a separate lawsuit underway in that country.

Computerworld now reports on the content of that Dutch lawsuit, which reportedly seeks a ban on the sale of all Galaxy smartphones and tablets by Samsung throughout the European Union.

Apple's complaint, seen by Webwereld, a Dutch IDG publication, seeks an injunction for the entire Galaxy series. This includes smartphones -- the Galaxy Ace, Galaxy S and Galaxy SII -- and tablets: the Galaxy Tab 7 and Galaxy Tab 10.1. Other Galaxy devices, like the Gio, Nexus, 551, Europa, Apollo and Mini are also involved, albeit only in a footnote in which Apple states, "It is expected that these devices are also covered by one or more of the patent rights invoked."

Apple demands an extensive ban on these devices, covering manufacturing, stocking, importing, distributing, trading or selling by Samsung Korea and its Dutch subsidiaries, which include Samsung Logistics BV and Samsung Overseas BV.

Apple has demanded that Samsung request recalls of all stock within 14 days and provide compensation to vendors in its distribution channels while also putting the vendors on notice that refusal to return stocks would put them in violation of Apple's intellectual property rights.

The court in The Hague is scheduled to rule on the case on September 15th, with any potential injunctions not to take effect before October 13th.

We haven't had a chance to head on down to The Hague to have a look-see for ourselves, but Dutch tech site Webwereld spotted some more inconsistencies in Apple's Samsung lawsuit filings. This time the culprit is a shrunken Galaxy S II, standing side-by-side with an identically tall iPhone 3G -- when in reality the Samsung phone is seven millimeters taller than its Apple counterpart, and slightly wider as well. The image, filed in the Netherlands, is part of an intellectual property suit against Samsung, and came to light just days after accusations that Apple manipulated photos of the Samsung Galaxy Tab 10.1 that it submitted to a German court. While misleading, this latest error isn't nearly as concerning as last week's shrunken Tab -- which could easily be described as image manipulation, considering that the tablet included in that filing represented an incorrect 4:3 aspect ratio, while the Samsung device has a 16:10 display.

jav6454
All of Europe? Achievement unlocked!
Score: 20 Votes (Like | Disagree)

Samsung’s copying of Apple is blatant and repeated, and Apple can hardly choose to ignore it. The designs of Samsung’s products are NOT obvious, NOT the only designs they could have used, and would NOT have existed without Apple to copy. A few other tablet makers have managed to make things that don’t imitate the iPad so closely. (Granted, they’re the minority—most have followed Apple just as Google the smartphone makers have. That’s the safe money! But it IS possible to do something new and different.)

Who knows what’s a bluff, a negotiating tactic, a warning shot to other copycats, or a real threat. In the end, let’s hope the result of all this is REAL innovation—or at least interesting new designs—from Samsung (and others). Better for consumers and maybe even for Samsung!

And yes, I hope the case is decided on REAL evidence and not on Photoshop. Someone has been stupid with the images for sure. But that’s details, and the bigger picture is that no sane person can think Samsung hasn’t been copying Apple. Does Apple have a legal recourse? I don’t blame them for seeking one.

I've seen this post before and I'm calling BS, they are hand picked images. This weekend I will find other designs pre-iPad, and post it as my counter argument.

You could certainly say Samsung COULD have come up with all these designs by sheer luck. Obviously, though, they did not. Just look at tablets pre-iPad and post-iPad (http://obamapacman.com/2011/08/ipad-tablet-obvious-design/). There was a lot more variety before the iPad was there to mimic! And I can think of plenty of new directions to go in, too. 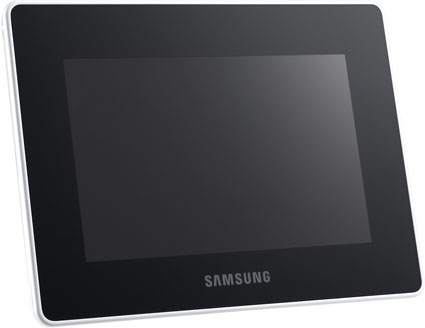 StealthGhost
Yep, they're lying about the phone(s) now too, using doctored photos and the apps tray or whatever making it look like it's the home screen.

Wow, this ones not even close. Bold move, I like Apple, but I hope they get their ass handed to them here. I can't stand cooperate shenanigans.
Score: 15 Votes (Like | Disagree)

More cherry picking screenshots by Apple. Ignoring the fact they're manipulating the size of the images, the screenshot on the far right doesn't look a damn thing like iOS.
Score: 15 Votes (Like | Disagree)
Read All Comments

Thursday January 14, 2021 9:32 pm PST by Juli Clover
Apple is working on two new MacBook Pro models that will feature significant design changes, well-respected Apple analyst Ming-Chi Kuo said today in a note to investors that was obtained by MacRumors. According to Kuo, Apple is developing two models in 14 and 16-inch size options. The new MacBook Pro machines will feature a flat-edged design, which Kuo describes as "similar to the iPhone 12" ...
Read Full Article • 515 comments

Friday January 15, 2021 1:46 pm PST by Juli Clover
Apple has started "early work" on an iPhone that has a foldable display, according to a new report from Bloomberg's Mark Gurman. Though testing of a foldable iPhone has begun, Apple has not committed to releasing a device that has a foldable display. Development has not yet expanded beyond a display and Apple does not have full foldable iPhone prototypes in its labs. Like foldable...
Read Full Article • 199 comments

Sunday January 17, 2021 9:47 am PST by Hartley Charlton
Twitter user @DongleBookPro has today shared images of a prototype iPhone 5s in an unreleased Black and Slate color. The iPhone 5s was launched in September 2013. The device featured Touch ID, a 64-bit processor, and a True Tone LED flash for the first time. Other new features included a five-element lens with an f/2.2 aperture, a 15 percent larger camera sensor, Burst Mode, and Slo-Mo...
Read Full Article • 51 comments

Friday January 15, 2021 6:17 am PST by Hartley Charlton
Incoming Intel CEO Pat Gelsinger has said that the company must "deliver better products" than Apple, which he described as a "lifestyle company," and says that Intel's best days are "in front of it" (via The Oregonian). Speaking at an Intel all-hands meeting yesterday, Gelsinger derisively implied that Apple is merely a "lifestyle company," so Intel must be able to surpass its technology: ...
Read Full Article • 273 comments

Friday January 15, 2021 10:23 am PST by Juli Clover
Apple is developing two versions of the Mac Pro to succeed the Mac Pro that was first released in December 2019, according to a new report from Bloomberg. The first updated Mac Pro is a direct successor to the current Mac Pro and it will use the same design. It may also be equipped with Intel processors rather than Apple silicon chips, and it could be one of the sole machines in the Mac...
Read Full Article • 241 comments

Thursday January 14, 2021 11:36 pm PST by Eric Slivka
Following today's report from analyst Ming-Chi Kuo outlining major changes for the next-generation MacBook Pro models coming in the third quarter of this year, Bloomberg's Mark Gurman has weighed in with his own report corroborating some of the details but seemingly differing a bit on others. First, Gurman shares more details on the return of MagSafe charging to the MacBook Pro, indicating...
Read Full Article • 258 comments