Delta Air Lines is testing 22 iPads as "EFBs" or electronic flight bags, in an effort to save weight and improve communications with its pilots, according to Flightglobal.

Steve Dickson, Delta's senior vice president for flight operations, said that each iPad is loaded with "Jeppesen Mobile TC charting software, a GoodReader document viewer that contains all of our manuals in an electronic format, and the Journey browser, which allows access to iCrew. A Delta Meteorology app provides access to pilot-tailored graphical weather information and real-time looped Delta radar. Each pilot will have access to their Delta e-mail account and calendar." 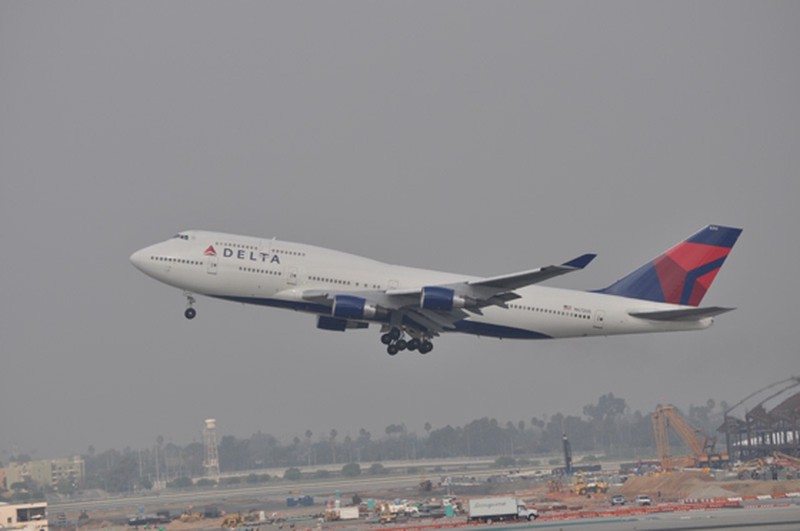 Delta's domestic fleet has been fitted with Gogo's in-flight Wi-Fi system, giving the pilots access to the Internet as needed, and Delta is studying options for international in-flight Wi-Fi. The carrier sees lots of potential for continuously connected pilots:

We are going to pursue real-time security advisories, reroute information and electronic auto sign-in when [pilots] are in range of the airport or a specific gate. A tablet device sets the foundation for a paperless cockpit of course with flight plan and charter packet uploads, theatre guides and trans-oceanic step by step information, simplified NOTAMs, e-Checklists, and instant reporting access just to name a few opportunities. Essentially, we have only begun to identify the limitless possibilities, and there is no question that we see this as a potential to change the way we do business both immediately and long-term.

The airline plans to test 16 Motorola Xooms as well. Pilots are authorized to use the devices pre-flight and above 10,000 feet, the same restrictions that passengers have.

Other airlines have been experimenting with replacing bulky paper maps with iPads, but Delta believes using the iPad as a way to communicate with pilots in real time has great potential.

nutjob
Cue all the "ooh I don't know about this what if it fails/battery goes flat/crashes won't the plane fall out of the sky" comments.
Score: 3 Votes (Like | Disagree)

Richdmoore
As a corporate pilot, I think this will be really revolutionary for the Delta pilots. Hopefully it will filter down to the other segments of aviation in the next few years.
Score: 2 Votes (Like | Disagree)

This type of technology should be built into the plane, and hard copy back-ups right in the cock pit. What happens when the internet goes down? What happens if the battery does not charge? Oh what happens if it freezes up yeah its happened.


Even if it is built into the dashboard, what makes that less likely to crash than an iPad? At least the iPad is made by one of the largest software companies in the world; I'd say it's less likely to cause problems than an independently commissioned one. And if you did commission one to be absolutely fail-proof it would likely be far too expensive to be commercially attractive.

The reason the iPad is considered so revolutionary in this respect is because it has so many uses, so yes you could manufacture hardware and software tailored to your specific needs but why bother when you can spend $500 on an iPad and only worry about the very top level of the software?

I also imagine they are attracted to the iPad because it isn't built into the plane. That way (and I'm hypothesising here), pilots would be able to use it to check their flight schedule, handle communication when they're off the plane and other management systems that pilots need when they're not on the plane. I think this could be what they mean when they say "Essentially, we have only begun to identify the limitless possibilities".

And no, it's not because it has an 'i' in front of it that it seems like such a good idea; if you read the article you'll realise they're also testing Motorola Xooms.
Score: 1 Votes (Like | Disagree)

This type of technology should be built into the plane, and hard copy back-ups right in the cock pit. What happens when the internet goes down? What happens if the battery does not charge? Oh what happens if it freezes up yeah it’s happened. I can say I am not comfortable knowing that airliners are considering using the same tool I use to play Elmo and friends to my nephew.

marksman
imagine how mad the pilots who get xooms are going to be.
Score: 1 Votes (Like | Disagree)
Read All Comments