AT&T announced today that they will be throttling high end users with unlimited data plans.

Starting October 1, smartphone customers with unlimited data plans may experience reduced speeds once their usage in a billing cycle reaches the level that puts them among the top 5 percent of heaviest data users. These customers can still use unlimited data and their speeds will be restored with the start of the next billing cycle. Before you are affected, we will provide multiple notices, including a grace period.

This change will affect any of those users who still have an unlimited plan and are considered to be in the "top 5 percent of heaviest data users". For those users, download speeds will be reduced until the next billing month. By definition, this should affect 5% of users each month.

AT&T claims that users can still "send or receive thousands of emails, surf thousands of Web pages and watch hours of streaming video every month and not be in the top 5 percent of data users."

Eddyisgreat
AT&T saw iClouds in the distance and ran for cover!
Score: 39 Votes (Like | Disagree) 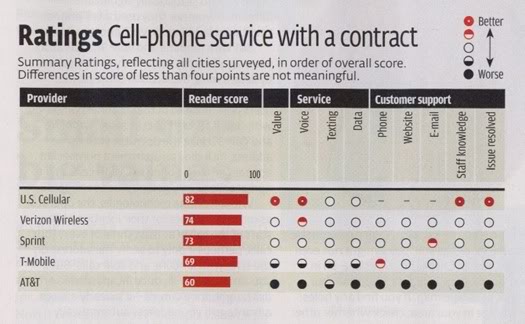 pito189
I am one of the grandfathered in people and my biggest problem with this is.

How much puts me in that top 5%? Don't just start sending me texts when I get close to it, tell me what qualifies for that top 5%. It seems asinine that I have a unlimited plan and they can just slow down my speed at their whim.

I'm going to start keeping a record for when my service isn't usable and then I'll just deduct that out of my bill at the end of the month and we'll see how that goes over...:rolleyes:
Score: 23 Votes (Like | Disagree)

Mlrollin91
Goodbye Netflix over 3G and iOS updates over the air.
Score: 21 Votes (Like | Disagree)

aross99
What concerns me is what if the 5% limit is less than 2GB? might I be paying $5 more per month and getting throttled before someone with the 2GB plan?

I thought 98% of their users used less then 2GB per month? That would mean the top 5% would include people who used less than 2GB.

The top 5% part is what stinks. They should come out and say this is 4GB or 5GB or whatever.
Score: 20 Votes (Like | Disagree)

Jolson247
Go ahead AT&T, throttle us. When I actually do get service on my phone it's either two bars of E or one bar of 3G and it's slow as molasses. I've done speed tests on my phone and it's barely at 700 kbit/sec.

Do you really need to throttle people when your service is slow as crap and spotty/unreliable already? And for this we pay $30/month. Very nice.
Score: 15 Votes (Like | Disagree)
Read All Comments

Monday May 3, 2021 10:04 am PDT by Eric Slivka
Apple today released iOS and iPadOS 14.5.1, minor security updates that come just a week after the release of the iOS 14.5 update. There is also a companion watchOS 7.4.1 update for Apple Watch and an iOS 12.5.3 update for older iPhone and iPad devices that don't support Apple's latest operating system versions. According to Apple's release notes, the update fixes a bug with App Tracking...
Read Full Article • 108 comments

Tuesday May 4, 2021 9:51 am PDT by Juli Clover
Just after Apple announced its AirTags, Tile CEO CJ Prober relayed his concerns about competing with Apple in the tracking space, and said that Tile would ask Congress to investigate Apple's business practices specific to Find My and item trackers. Prober this week did an interview with Bloomberg, where he further expanded on Tile's complaints about Apple and why he feels that Tile is...
Read Full Article • 383 comments