Friday July 29, 2011 9:16 am PDT by Eric Slivka
Yesterday, we noted that Logitech had slashed the price of its Google TV-powered Revue set-top box to below cost following a quarter in which customer returns actually exceeded new sales. We reported that development within the context of Apple's measured steps into the television market that have seen the Apple TV primarily function as a media hub for iTunes Store content and a handful of streaming services. 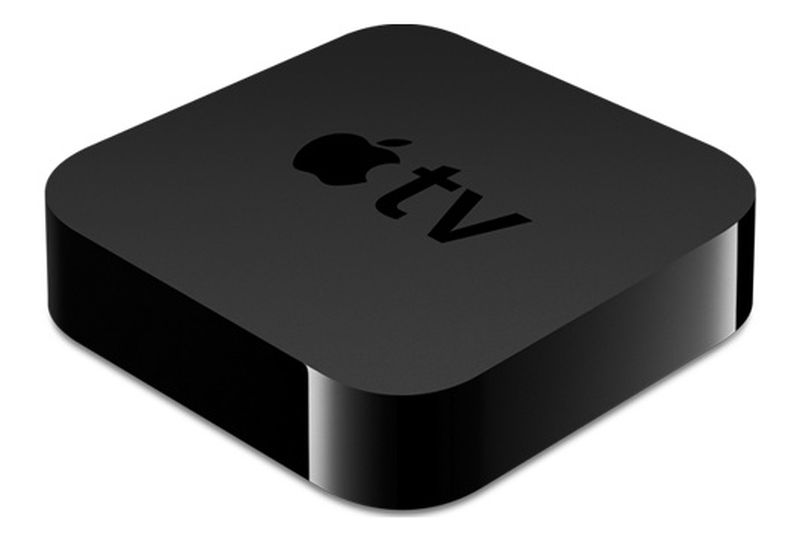 Apple does indeed appear to be having some moderate success with the Apple TV, as industry checks by Concord Securities analyst Ming-Chi Kuo reveal that Apple shipped approximately 480,000 Apple TV units during the second quarter, as reported to AppleInsider. The performance represents more than 70% year-over-year growth as Apple transitioned from the larger hard-drive based first-generation Apple TV to the iOS-powered second-generation streaming device.

Kuo's industry sources claim, however, that Apple is not planning a hardware update for the Apple TV during the current quarter, putting a damper on the excitement of those hoping that changes in iOS 5 would open the door to a true 1080p Apple TV. Instead, Apple is said to be relying on iOS enhancements to boost the AirPlay capabilities of the Apple TV to better support Apple's latest iOS devices.

GeekLawyer
I love my AppleTV.

But until there's an app store for it, it's a hunk of wasted potential sitting next to my TV.
Rating: 14 Votes

Small White Car
I like how 480,000 units in a quarter is described as a "moderate success."

I remember when that was how many Macs Apple was selling per quarter...and they didn't really have any other products at the time! Things sure have changed.
Rating: 12 Votes

FriarNurgle
AirPlay for iOS devices is fine, but what about AirPlay from my MBP?
Rating: 12 Votes

ipedro
Let's do a little exercise.

Why does the Apple TV need an App store?

How would you control those apps? With the existing remote? No, too limited. Probably you'll suggest that Apple include a touch screen remote, but then the price would skyrocket from $99 to at least double that (more like triple).

So ok, people should just use their iPods and iPhones and iPads to control the Apps on your TV. Exactly, but then why does the app need to run on the AppleTV when there's more processing power on the handheld device and an already established App Store?

I've been suggesting this for quite some time and Apple has been consistently following steps on a path to realizing this vision: Apps run on your touch screen devices and stream appropriate content to the TV.

The new AirPlay Mirroring brings this vision nearly to fruition. Apple just needs to release more developer tools to make this easier to implement. Give developers the ability to specify a separate UI for a second screen.

For example, a news app would display the news story on the handheld screen (i.e. iPhone or iPad) where its more comfortable to read while pictures and video of the story show on your big screen where that content can best be enjoyed. The Mail app would let you read the email in your hands while attachments show on the TV. Video games would give each player a private screen and the TV would serve as an overview of the full game. The YouTube app would play videos on the AppleTV while you could control the video on the touch screen and read and post comments. There's already a Pandora App for iOS and it works great with the AppleTV.

We don't need a 3rd App Store and yet another copy of an app. The "AppleTV App store" already exists and we'll see more of it with the release of iOS5 and AirPlay mirroring.
Rating: 6 Votes

OneMike
I love my ATV2.

One thing that would make me love it more is if it were able to access networked hard drives. Having to always have a computer on with iTunes open is the one thing I dislike.
Rating: 6 Votes

Caliber26
People can say all they want about this little gadget, but it is, BY FAR, my most favoritest Apple product - EVER! I'll give up my iPhone before I give up my ATV. Since I don't own an X-box or Play Station, or any of that stuff, this gives me all the Netflix streaming I could ever wish for. I haven't owned a music CD in YEARS, so this, too, is the simplest way to push my music to my entertainment center's speakers.
Rating: 6 Votes

gmanist1000
I love my Apple TV. For what it's supposed to do, it does it really well. I watch most of my Netflix shows on the Apple TV, rather than my Xbox.
Rating: 6 Votes

samcraig
For me - Apple TV does exactly what I need it to do. My TV, PS3, etc all can stream netflix, hulu, youtube, etc....

And I've completely decluttered my NYC apartment by not having media.
Rating: 5 Votes

cvaldes
Hardware isn't the limiting factor with the Apple TV, it's the content.