One Million Copies of Lion Bought From Mac App Store

Thursday July 21, 2011 2:42 pm PDT by Jordan Golson
Apple announced today that more than 1 million copies of OS X Lion have been downloaded from the Mac App Store worldwide in the day it has been available. Apple notes users are buying Lion faster than any other OS release in Apple's history. 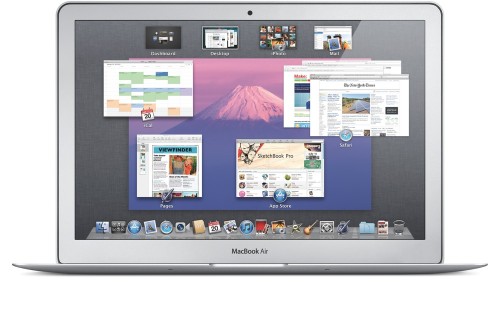 Lion is off to a great start, user reviews and industry reaction have been fantastic. Lion is a huge step forward, it’s not only packed with innovative features but it’s incredibly easy for users to update their Macs to the best OS we’ve ever made.

In 2009, it was estimated that sales of Snow Leopard -- which, like Lion, was priced considerably cheaper than either Tiger or Leopard -- were double that of Leopard, although Apple didn't tout sales numbers in a press release like they have with Lion.

+3 MILION on torrent (the faster way to download it)


Lion is the first piece of software that i actually bought legally, i mean seriously a whole operating system for 30$? why torrent it? you're probably going to run into trouble updating it anyway
Rating: 20 Votes

A whole new OS? your kidding right?
It's a slower Snow Leopard with "NEW" WALLPAPER and "NEW" HORRIBLE Exposè.
Come on guys this is Apple Vista, it must be free.


Let's see. News is that Apple sold over a million copies of Lion in 24 hours. Your first post is to recommend downloading illegal copies. Your second post compares Lion to the biggest flop in operating system history and insults Apple's engineers and implicitly anyone buying it.

So answer me this: Are you trolling because you are just a nasty person, or is it some weird insecurity that makes you behave this way?
Rating: 18 Votes

For those saying North Carolina or Apple's Data Center are getting a workout, several reports out today saying Akamai actually handled all the licensing and downloading for Apple. So maybe those servers are still sitting, waiting on the iCloud.
Rating: 8 Votes

Man who gives a damn. The price is so low that even a welfare scrounger would call the upgrade to Lion pocket change.


How realistic! A "welfare scrounger" who uses a Mac, or Hackintosh.

Adobe Suite dosen't work on this new GREAT OS. I work with my mac I don't play like with iPad so I don't install it. That's all from me.


Never update your OS on day-one for a machine that is critical to your business workflow. This rule stands for every OS!
Rating: 8 Votes

So, this would be yet another "epic fail" for Apple I guess. :rolleyes:

Man who gives a damn. The price is so low that even a welfare scrounger would call the upgrade to Lion pocket change.

People are fearful of the BOT NET. If your disc image checks out identical to a retail image, it is the same. Adhering to the EULA/distribution is another story entirely.

You can torrent Windows 7. Not that I would when I can directly download it from other sources. Just make sure you pass MD5/SHA-1 checks.


Man who gives a damn. The price is so low that even a welfare scrounger would call the upgrade to Lion pocket change.
Rating: 7 Votes

A whole new OS? your kidding right?
It's a slower Snow Leopard with "NEW" WALLPAPER and "NEW" HORRIBLE Exposè.
Come on guys this is Apple Vista, it must be free.