Along with the release of OS X Lion this morning, Apple also served up version 4.1 of development suite Xcode, available for free from the Mac App Store [App Store Link]. 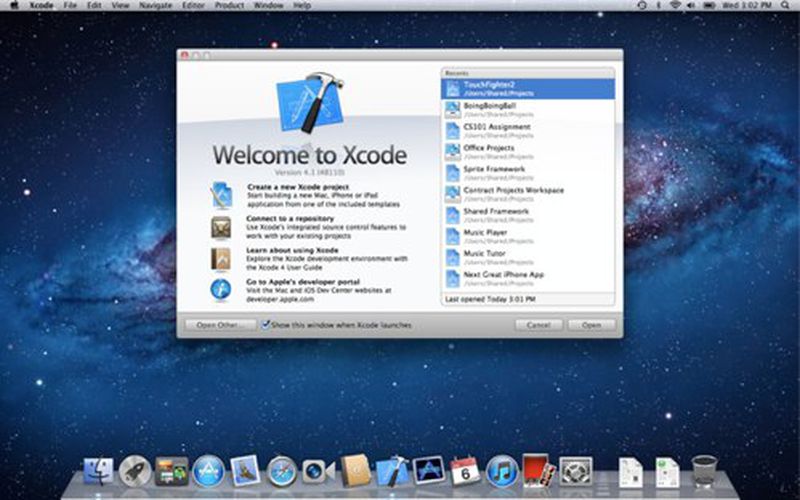 The prior version of Xcode was offered for $4.99 on the App Store to non-developers when it was released earlier this year.

Apple has traditionally included updated developers tools for free on the OS install DVD. With the advent of digital delivery, Apple has chosen to offer Xcode as a separate app download.

It seems likely that the $4.99 charge was related to Apple's convoluted accounting practices related to the addition of features without receiving direct payment for them. Because an improved version of Xcode wasn't originally included with Snow Leopard, Apple was required to charge for it to comply with certain accounting rules.

In its earnings call yesterday, Apple noted a change in how it was accounting for a portion of Mac and OS X sales to avoid such problems in the future.

Intell
I can get it for free on my Snow Leopard Mac as well.
Rating: 5 Votes

I can get it for free on my Snow Leopard Mac as well.

LastLine
I'm getting an installation alart asking me to close iTunes part way through - iTunes hasn't been open, and yet...


Anyone got any good ideas?

Case sensitive (for when future google searches pull me back here ;-))
Rating: 2 Votes

I'm getting an installation alart asking me to close iTunes part way through - iTunes hasn't been open, and yet...


Anyone got any good ideas?

Case sensitive (for when future google searches pull me back here ;-))


Thank you sir! Exactly what I was looking for.
Rating: 1 Votes

What's the difference between installing 4.1 from MAS Vs. The developer portal? Do both come with SDK etc? If it's the same I'd rather download from te store.


They're exactly the same. The Xcode in the MAS comes with everything, including the iOS SDK. (at least it did with 4.0)
Rating: 1 Votes


Well, it comes up as free on Snow Leopard, but when i try to install it says

This seems doable. Delta updates already exist on the MAS, it's just that Xcode breaks some of the rules so they had to come up with a different method of installation. They didn't think too hard about it I guess...
Rating: 1 Votes

justinfreid
So Xcode 4.1 is now free as nearly all of its predecessors had been?

Do Apple's accountants work on commission or something?
Rating: -1 Votes
[ Read All Comments ]