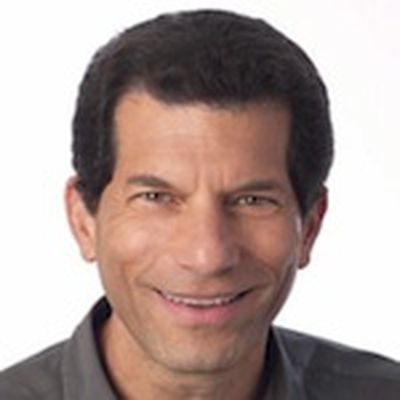 As HP has sought to take on Apple in the tablet market with its webOS-powered TouchPad tablet, the PC giant has been dinged with a number of lukewarm reviews that suggest a fair amount of potential for the platform and device but with only a mediocre initial implementation.

Former Apple executive Jon Rubinstein, who led the development of the original iPod before leaving the company in 2006 to head up Palm's webOS effort and eventually moving to HP with that company's acquisition of Palm, has reportedly weighed in with a message to HP employees regarding the reviews, published by PreCentral. In the note, Rubinstein makes an interesting comparison between the TouchPad and the original Mac OS X as it debuted ten years ago.

We still have work to do to make webOS the platform we know it can be, but remember...it's a marathon, not a sprint.

In that spirit, Richard Kerris, head of worldwide developer relations for webOS, reminded me yesterday of the first reviews for a product introduced a little over ten years ago:

It's hard to believe these statements described MacOS X - a platform that would go on to change the landscape of Silicon Valley in ways that no one could have imagined.

Rubinstein is naturally optimistic in encouraging his staff to keep pressing forward to help webOS and its associated hardware meet expectations, and his unique perspective in having played key roles at Apple, Palm, and now HP enables him to see the parallels and offer conviction that webOS can overcome its challenges.

Palm's webOS has received a fair amount of praise for some aspects of its functionality, but the platform has yet to be a hit with consumers. But with HP putting significant weight behind the platform and moving it into the tablet space while considering licensing it to other major manufacturers, some have seen webOS as a strong contender to become a potential third major smartphone and tablet operating system for the future behind iOS and Android.

NebulaClash
Absolutely the right thing for him to say, and that's what he should do to rally his troops.

That said, one could make the same claim for any product that initially stumbles out of the gate. That doesn't mean the product will eventually have the OS X level of success, so in that sense what Rubenstein is saying is feel good but not very meaningful. But hey, that's what executives are for, right?
Score: 25 Votes (Like | Disagree)

sziehr
I think he is a little off base. WebOs has no step back where you had OS9 with well established applications to fall back to. There is no fall back for webos if it does not do what you want right now there is no path to get back to a working state like the OSX roll out.
Score: 18 Votes (Like | Disagree)

I don't see anything derogatory above except perhaps "delusional."


There are certain things that get included automatically in many MacRumors threads nowadays, whether they fit or not:

"Man, what a bunch of Apple fan boy comments!"

"Apple is teh evil, and this is proof!"

"Android is light years ahead, Apple will never catch up."

It's white noise. Has little to do with reality. Designed to stir people up, nothing more.
Score: 11 Votes (Like | Disagree)

lunarworks
BeOS was going to be an incredible OS too.
Score: 9 Votes (Like | Disagree)

nutmac
I wish webOS all the best. iOS 5 and Android 3.1 wouldn't be where they are if it wasn't for webOS. I like webOS in concept, I just wish they execute better in terms of hardware and overall ecosystem.
Score: 9 Votes (Like | Disagree)

Then why are you still using Mac OS X and iOS? OS X is not known for its blazing performance - that crown goes to Linux, followed by Windows. And iOS... Please. Have you seen Android lately?

Wow, that last statement is comical. OSX has outperformed any Windows machine I've used, and with less memory and slower CPU. Yes, a bare bones Linux box will outperform both, but that's not Linux. A NetBSD Unix box, or FreeBSD Unix box will do the same. Linux ala UBUNTU on like hardware as OSX is the same. I've done the tests, and honestly there's little to no difference in the results. And I'm not talking about "eye tests", but actual tests.

As for Android? Again, wow. I've used a few Android devices, and none of them are as fluid, smooth, or responsive as my iPhone 4.

We could go back/forth all day on this. Based on your sig, I can see why you feel like you do about your Android statement; you own one, so you're justifying your purchase. We all do that...
Score: 8 Votes (Like | Disagree)
Read All Comments