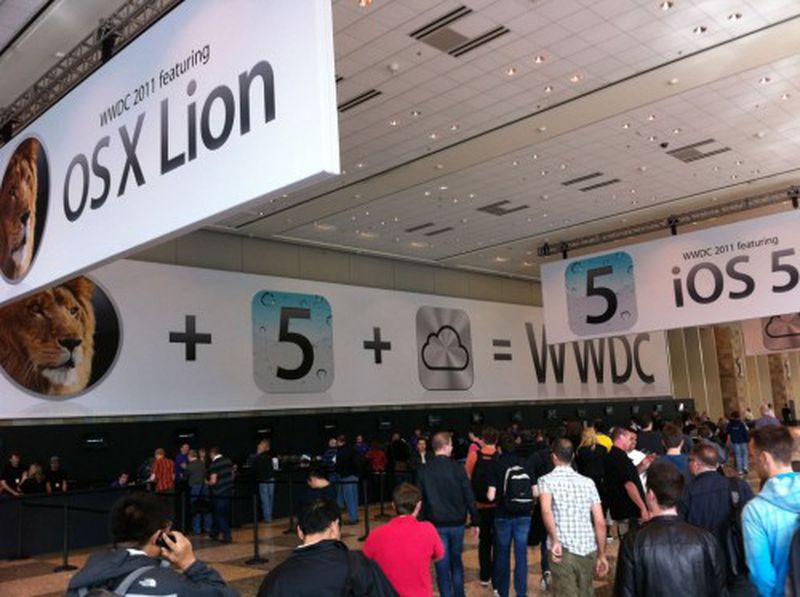 Apple's 2011 Worldwide Developer's Conference kicks off tomorrow with a keynote from Steve Jobs starting at 10am Pacific. Apple has already revealed that they will be talking about Mac OS X Lion, iOS 5 and iCloud at the event. Developer registration began today (photos above and below).

The early speculation about iCloud had primarily focused on Apple's impending deals with music companies and the ability to stream iTunes music to your Macs and iOS devices. But more recently, there's been talk about new iOS-powered Time Capsules that how might serve as some sort of file syncing hub or update caching system.

iOS seems up for a major update with rumors of revamped notifications and widgets as well as major twitter integration. A new Automatic Downloads feature for Apps also seems certain.

There have been some hints that Mac OS X Lion may be practically ready to launch with some even pinpointing date of June 14th as the targeted released date. 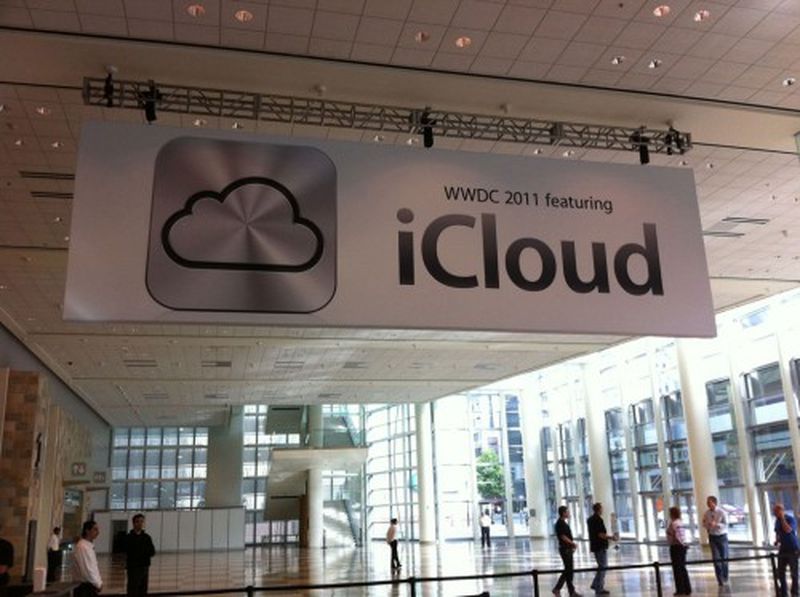 As always, there are usually last minute rumors and leaks on the night prior to the event, so stay tuned.

I miss the fake elevator photos from a few years ago.

You, with your fancy reading comprehension!
Rating: 12 Votes

RawBert
It's unlikely, but I would love it if iOS 5 for iPad released at the same time as for iPhone.
Rating: 11 Votes

HelveticaNeue
Why does the day before WWDC always feel like Christmas Eve?
Rating: 9 Votes

gramirez2012
I am freaking out already! :eek:
Rating: 9 Votes

DocNYz
where's the countdown clock at the head of the MR webpage!?
Rating: 8 Votes

If in iOS twitter integration is considered a "major" new feature for iOS5 apple is in trouble. Seriously, who the heck cares if twitter is in the OS or not, there are a ton of apps that take care of most of that stupidity.

As a huge fan of iPhone, I hate to say that android is winning. I go to stores there are TONS of Android phones, look around and see a lot of android phones on the street where before it was mostly iPhones. Apple needs to step it up a notch, else I think we're starting to see a repeat of the Windows vs Mac loss.


I think by and large the people who are making a big deal about it are those tech pundits who live by/on Twitter. I wouldn't read too much into it.

Apple may come out with an alternate iPhone of some dimension to expand their model base, but there will never be a dozen new iPhones a year.

Law of numbers. It might be different if Android completely sucked, but it doesn't. Apple gets 1 shot at jumping ahead of the competition every year, and then they have to sit back and watch as competitors release phone after phone which [on paper] meet or exceed their hardware specs. Then they release a new iPhone and it starts all over. But unless you're freakishly obsessed about having the absolute best phone every month of the year, what's the issue?
Rating: 8 Votes

Yvan256
I miss the fake elevator photos from a few years ago.
Rating: 8 Votes

AbyssImpact
Will there be a live online stream?
Rating: 8 Votes

There's no way MobileMe will be rebranded as iCloud. Then our @me.com email addresses won't make much sense anymore, think about it.


Some of us have still got our @mac.com addresses after .Mac changed to MobileMe. :)
Rating: 6 Votes