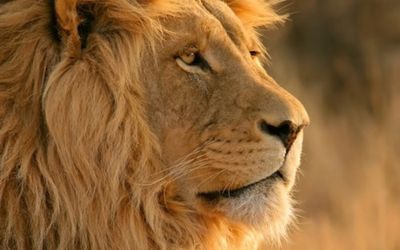 TUAW reports that Mac OS X Lion has been released for "internal testing" last week at Apple. It's not clear what that really means, but TUAW believes that means that Lion is nearly ready for release.

This suggests the new OS might possibly ship as early as WWDC with an "available today" mention at the keynote -- or it might not. But Lion is looking to be one step closer to availability for Apple customers.

We do know the last Mac OS X Lion developer preview was said to be much faster and more stable than the previous releases.

Andy-V
Absolutely no way they'll release at WWDC. Release date maybe, but they have to give developers a decent heads-up.
Score: 11 Votes (Like | Disagree)

Going by my experience with Developer Preview 3, Lion is nowhere near ready to be launched to the public.

Safari went from a Crash-Spam-Bot-Machine to something which is no less annoying. Its not ready. There's hardly anything majorly new. Sure, it looks better. Sure, Fullscreen (which sucks for Spaces Users using CTRL <Insert Number>, since it takes the Fullscreen App to an alternate Window.....), sure, we get a few App re-vamps, but there's nothing truly new.

iTunes hasn't even received a single change, no new side-bar, nothing. This is not ready to go Live anytime soon. We're not even on a GM Candidate Build. There's a mile-long list of issues to fix, and Developers need to get their Apps sorted out still.

At WWDC all that will happen is simple: We will get an iOS 5 Preview, and MAYBE, we'll get a few more incoming Lion Features Preview, along with a Release Date and Price Tag (unlikely). Most likely, they'll show off to the public the features that they're really not supposed to know about yet, seeing as the Lion Developer Preview is (technically) under NDA.

Its funny. They gladly slap a Teenager with a Lawsuit, but nothing on any of the various sites that are publishing Lion NDA Info. Not that I'm complaining.
Score: 10 Votes (Like | Disagree)

WeegieMac
Going by my experience with Developer Preview 3, Lion is nowhere near ready to be launched to the public.
Score: 8 Votes (Like | Disagree)

nick7138
To anyone who says that it has useless features, it really depends on your needs. If you're a gamer, you'd probably want Lion since it has OpenGL 3.2, which is a major upgrade over Snow Leopards offerings. If you're someone who is fine with the current offering in SL, then you could probably let this one go by. You should also note that since iOS 5 and Lion are being mentioned at the same time in WWDC, you should expect some sort of connection between the two, most likely through iCloud. In that case, new features would be added to Lion. I have used the Developer Preview of Lion and I can say that it is not yet ready for the consumer market. While it is much stabler than DP1, Safari and other applications still have various problems with them, some very serious. On top of that, if Apple announces new features at WWDC, then they'll need another DP, probably a GM release, that has all of the new features before actually releasing it to the public to iron out bugs. Don't expect any release of Lion at least until late July or maybe early August.
Score: 6 Votes (Like | Disagree)

But that wouldn't stop AOL from manufacturing link bait to get pageviews, it is the "AOL Way" (http://www.businessinsider.com/the-aol-way) of media engineering after all, right?
Score: 5 Votes (Like | Disagree)
Read All Comments