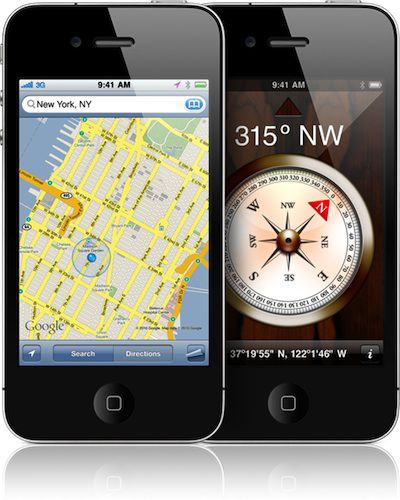 In what shouldn't be a surprise to anyone, Bloomberg briefly reports that a lawsuit has been filed in U.S. federal court targeting Apple over privacy concerns related to location information being stored on iOS devices and in backups for those devices. The lawsuit is almost certainly the first of many regarding this issue.

Apple Inc. (AAPL) was sued for alleged privacy invasion and computer fraud by two customers who claim the company is secretly recording and storing the location and movement of iPhone and iPad users, according to a federal complaint filed today in Tampa, Florida.

As we noted earlier today, Apple CEO Steve Jobs has reportedly replied to a customer email denying that Apple is tracking its customers and labeling the claims being widely discussed as "false".

"We take issue specifically with the notion that Apple is now basically tracking people everywhere they go," Aaron Mayer, an attorney for the plaintiffs, said today in a telephone interview. "If you are a federal marshal you have to have a warrant to do this kind of thing, and Apple is doing it without one."

The two plaintiffs, an iPhone user in Florida and an iPad user in New York, are asking a judge to bar Apple from collecting the location data and requesting refunds for the purchase prices for their devices, claiming that they would not have bought them if they had known about the data collection.

Apple has declined to officially comment on the lawsuit.

M-O
wow, this has officially been blown out of proportion!
Score: 21 Votes (Like | Disagree)

NebulaClash
Ah, the perfect storm! A (probable) bug that does not clip the data the way Google does it, a story that gets reported months ago and then it forgotten, a new story that appears and blows it way out of proportion, news articles that imply Apple is SPYING ON YOU (even though Apple does not get this information), and lots of ignorance spewed all over the Web.

Natually this leads to stupid lawsuits. This is America, dammit!

*sigh* This is turning into another Antennagate, misinformation and all. Steve is going to have to do more than that email to get people to shut up about what is a very small issue that is being exploded into a very large misinformation campaign.
Score: 16 Votes (Like | Disagree)

1. Android stores the info as well.

2. Unlike Apple, Android sends it back to Google.

And Apple gets sued. :rolleyes:
Score: 15 Votes (Like | Disagree)

They cant lose this surely?

Even Android stores your location in the exact same way iOS does.


What are you talking about? This is Apple. When they do something wrong, it's ten times worse than if one of their competitors had done it!
Score: 15 Votes (Like | Disagree)

rorschach
"privacy invasion"? How? Neither the file nor any of the information in it goes anywhere but the user's iOS device and their computer.

Are they going to sue AT&T or Verizon too? The carriers have the same location information.
Score: 10 Votes (Like | Disagree)

Blue Fox
Only Apple? The Android system does the same thing, AND sends the information off to Google. The iPhone/iPad just logs the data to a file. Seems a bit unfair to me, but we'll see.
Score: 10 Votes (Like | Disagree)
Read All Comments