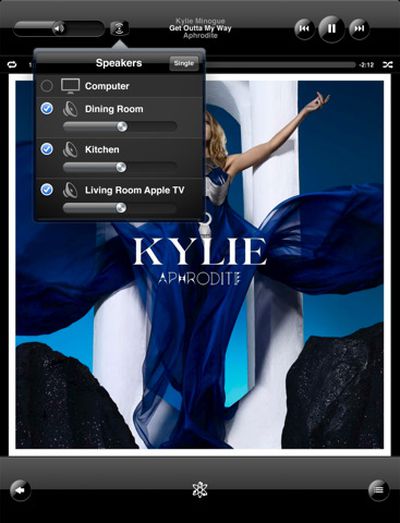 As predicted, Apple has updated their Remote app that allows iOS users to control iTunes and their Apple TV from their devices. The app hadn't been updated for nearly a year, but has finally received a 2.0 update that brings support for the iPad, Retina display and new Apple TV. New features listed include:

- Designed for iPhone, iPod touch, and iPad
- Optimized for Retina displays and large screen real estate on iPad
- Support for Shared Libraries on iTunes and new Apple TV
- Bug fixes and compatibility with iTunes 10 and the new Apple TV

The new Apple TV has begun shipping already and should arrive in customer's hands later this week.

Sunday August 7, 2022 6:13 am PDT by Sami Fathi
Apple has "started to record" its virtual September event, where it's expected to announce the upcoming iPhone 14 lineup, the Apple Watch Series 8, and a new "rugged" Apple Watch model, according to Bloomberg's Mark Gurman. Writing in his latest Power On newsletter, Gurman says the event, which is expected to take place in the early part of September, is already under production, implying...
Read Full Article • 127 comments

Monday August 8, 2022 10:43 am PDT by Juli Clover
With the fifth beta of iOS 16, Apple has updated the battery icon on iPhones with Face ID to display the specific battery percentage rather than just a visual representation of battery level. The new battery indicator is available on iPhone 12 and iPhone 13 models, with the exception of the 5.4-inch iPhone 12/13 mini. It is also available on the iPhone X and the iPhone XS. Battery percent...
Read Full Article • 326 comments