Fourth-Generation iPod Touch Does NOT Have Vibration 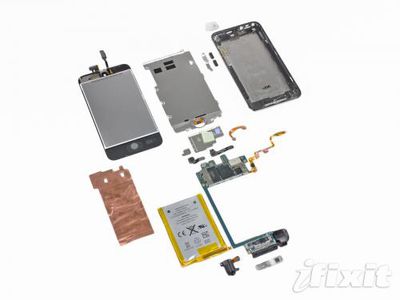 Another piece of news coming out of iFixit's iPod Touch teardown is that despite an earlier report, Apple's newest iPod Touch does not include a motor for vibration. TouchFans apparently mis-identified a microphone for a vibration motor on the FCC photographs.

Meanwhile, Apple has changed the text on the iPod Touch's Facetime page to remove the vibration reference. The original text:

If somebody wants to start a video call with you, youll receive an invitation -- along with a vibrating alert -- on your iPod touch asking you to join. Simply tap Accept, and the video call begins.

If somebody wants to start a video call with you, youll receive an invitation on your iPod touch asking you to join. Simply tap Accept, and the video call begins.

Vibrating alerts have been an iPhone-only feature and has also been used as force-feedback method in certain games.