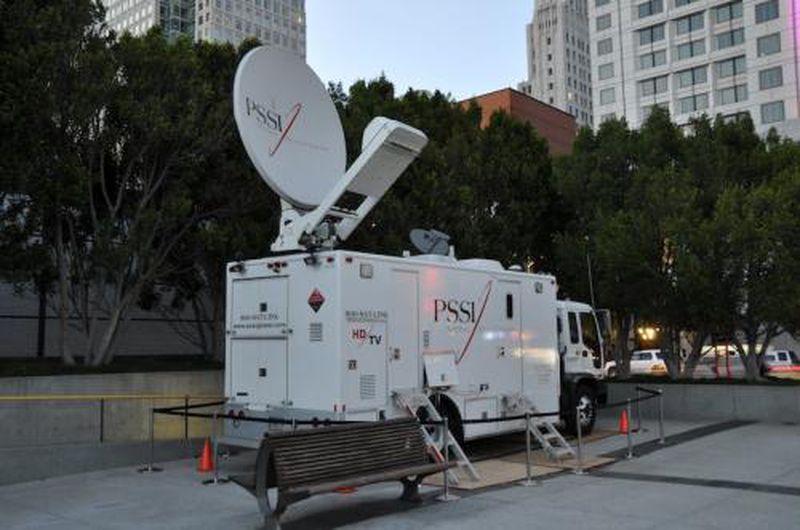 Satellite broadcasting truck outside Yerba Buena Center for the Arts

Apple announced this evening that they will be broadcasting their media event live over the internet.

Apple will broadcast its September 1 event online using Apple's industry-leading HTTP Live Streaming, which is based on open standards. Viewing requires either a Mac running Safari on Mac OS X version 10.6 Snow Leopard, an iPhone or iPod touch running iOS 3.0 or higher, or an iPad. The live broadcast will begin at 10:00 a.m. PDT on September 1, 2010 at www.apple.com.

This is the first time for many years that Apple has decided to offer a live video stream of their media events.

We will continue to offer Twitter updates at @MacRumorsLive.