Prototype iPhone 3GS on eBay? (No, No Matte Case) [Updated] 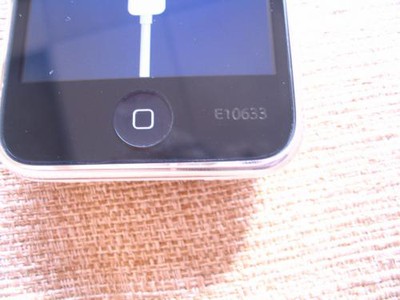 FixYourThinking.com (via Cult of Mac) reports on a "sketch-looking" non functional white iPhone that is being sold on eBay as a prototype iPhone 3GS.

The seller says theres a problem with restoring the software: This device is not eligible for the requested build, iTunes says when he tries to restore it.

The seller, vofffka, of Ocean City, New Jersey, says an Apple genius at his local retail store verified the iPhone as an Apple product, but cant service it, because its never been sold.

For those curious, the additional photos of the device's casing show that it does not have the rumored matte case that was thought to be destined for the iPhone 3GS. We can't be sure the auction is real, but prototype Apple devices have been known to find their way onto eBay. A prototype of the original iPhone was also sold on eBay.

Update: Based on the model numbers inscribed on the case, it seems at best this is a prototype 3G, not 3GS.

Friday May 7, 2021 6:55 am PDT by Sami Fathi
According to Apple leaker Jon Prosser, Apple's upcoming release of the MacBook Air will feature various colors, similar to the colors in the newly released 24-inch iMac. In the latest video of his YouTube channel Front Page Tech, Prosser says the same source who accurately provided him information on the first Apple silicon iMac coming in colors has told him that he recently saw a prototype...
Read Full Article • 340 comments

Friday May 7, 2021 2:07 pm PDT by Juli Clover
Amazon today announced that it is teaming up with Tile to add Amazon Sidewalk integration to Tile's Bluetooth trackers. Amazon Sidewalk, for those unfamiliar, is a network of Amazon Bluetooth devices that's designed to improve the connectivity of devices like the Ring and Amazon Echo. Tile will now be joining Amazon Sidewalk, and through this integration, Amazon Echo and Ring devices will be ...
Read Full Article • 162 comments