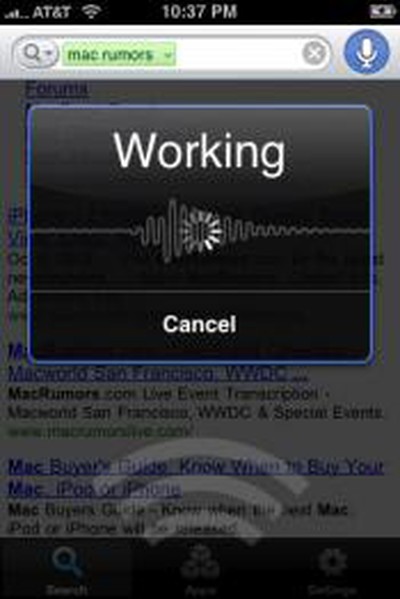 The new application is actually an update to Google's existing Google Mobile Application that is already available in the App Store. The version update adds Voice-Enabled search which was widely reported last week.

Users of the free application .... can place the phone to their ear and ask virtually any question, like Wheres the nearest Starbucks? or How tall is Mount Everest? The sound is converted to a digital file and sent to Googles servers, which try to determine the words spoken and pass them along to the Google search engine.

Update: Google's Mobile Application has now been updated on Apple's servers, so existing users can simple update their application to get the new version.