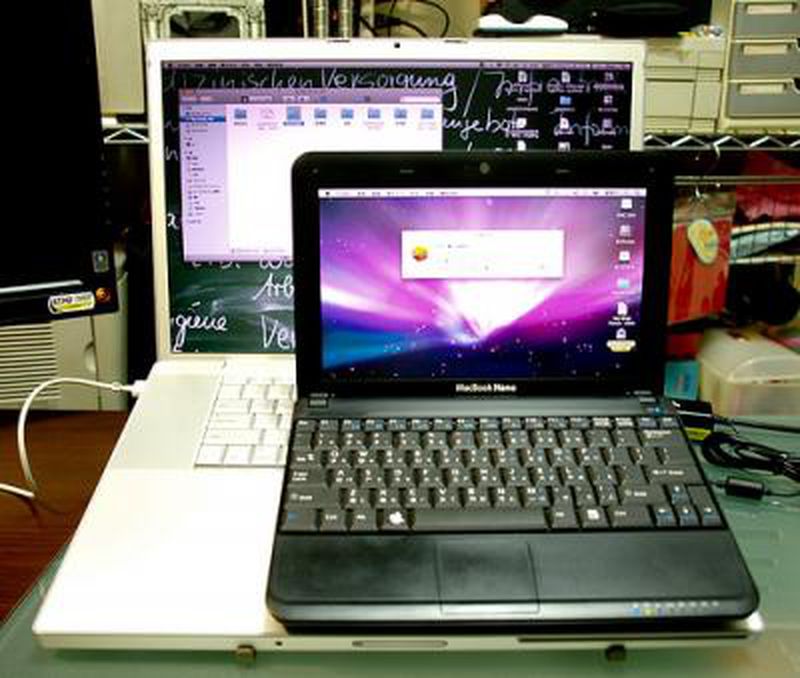 Despite Apple's reluctance to enter the netbook market, at least one person has taken it upon himself to fashion a "MacBook Nano" based on the MSI U100 netbook. This Flickr photo set made the rounds on Monday as an interesting example of what could be if Apple decided to pursue this market.

This 1.6GHz Atom-based machine sports a 10" display, 2GB RAM, 320GB hard drive and weighs in at 2.2 lbs. While the process of installing Mac OS X onto the MSI U100 has been long detailed, the external case of this machine has been modified to display an Apple logo and be labeled as a "MacBook Nano". We're not sure the back-story on this hack but the machine does appear to come out of the Chinese retail box already modified.

Steve Jobs has said that they are not yet interested in the low cost netbook category but did hint that Apple had "some pretty interesting ideas" about it. Some earlier whispers had suggested that Apple might deliver some sort of sub-notebook in early 2009. Despite Apple's launch of the ultra-thin MacBook Air, some users want a notebook with a screen size smaller than 13".

Wednesday April 1, 2020 2:45 pm PDT by Juli Clover
Apple in March updated both the MacBook Air and the iPad Pro, and with the iPad Pro increasingly positioned as a computer replacement, we thought we'd compare both new machines to see how they measure up and which one might be a better buy depending on user needs. Subscribe to the MacRumors YouTube channel for more videos. We're comparing the base model 12.9-inch iPad Pro and the base model...
Read Full Article • 72 comments