We had originally published a belief that the MacBook Pro updates would be seen this Tuesday, based on information that Apple had started shipping new products to their Apple retail stores. Also known is that Best Buy inventory now shows new model numbers (MB402LL/A, MB403LL/A, and MB404LL/A) at existing MacBook Pro prices. As a result, all signs seem to point to MacBook Pro revisions on Tuesday.... however, we reworded our original story due to conflicting reports that the new products to be released on Tuesday will not be MacBook Pros.

Instead, there's been evidence that the MacBook alone will see minor revisions tomorrow.

This goes against common sense and all expectations as the MacBook has been recently revised in November of last year. It would also mean that Best Buy's pricing is placeholder-only, and not based on actual knowledge -- which is not an unreasonable possibility. Still, the information has given us enough pause to post this as a Page 2 item. While we generally avoid posting 11th hour predictions such as this, if this turns out to be true, it will also validate some additional information from the same source about the unreleased MacBook Pro updates.

Update: More evidence from (reportedly) a Canadian reseller (prices in Candian dollars). Mid range MB403LL/A is described as MacBook (MACB) and sells for Candaian $1349.99, $100 cheaper than the current midrange MacBook. 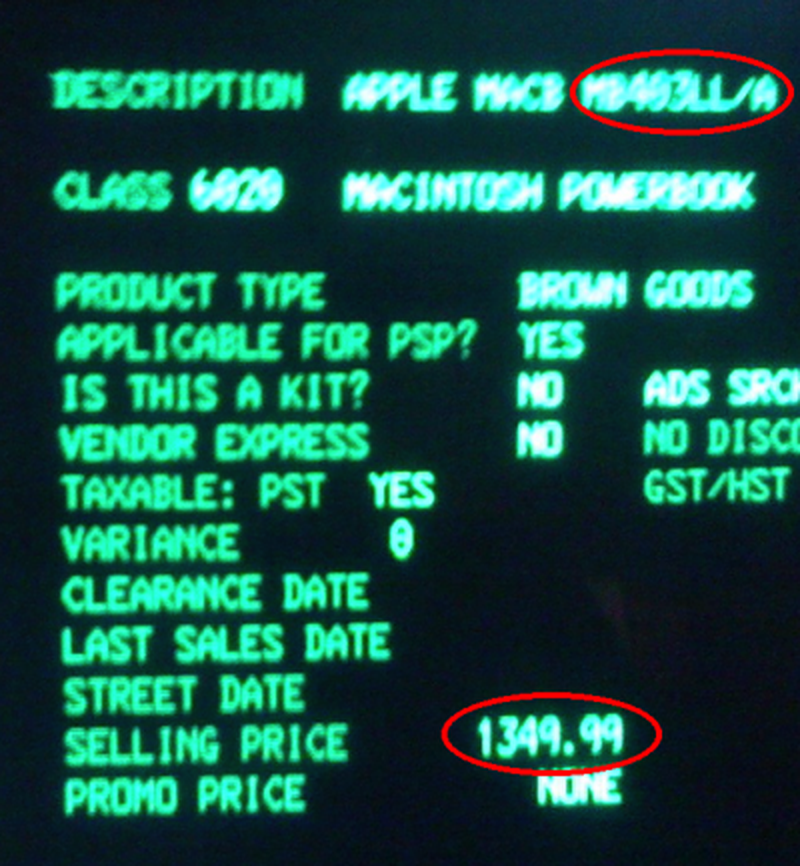